Why did UAA Faculty Senate vote to suspend UA president? 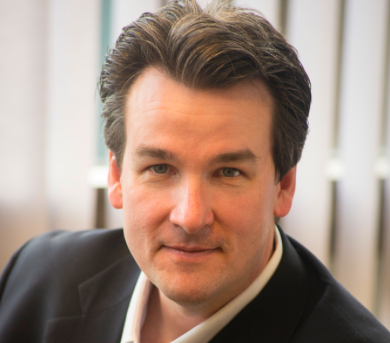 FACULTY SENATE HAS SOUNDED THE ALARM FOR MONTHS

On Oct. 4, the UAA Faculty Senate passed a resolution asking the Board of Regents to suspend President Jim Johnsen.

Why did we pass this resolution? – Because last week our regional accreditor, the Northwest Commission on Colleges and Universities (NWCCU) sent a letter to our Board and President, warning them that they were endangering the accreditation of our three universities.

The UAA Faculty Senate has been sounding the alarm for months that this might happen. Our warnings were typically ignored.

How did we reach this point? Let’s review some history and disregarded American theory.

All of our public university systems in America began as single-campus institutions. One board of regents or trustees governed them. Administrators were drawn from faculty and sometimes did double-duty as full-time professors. The campuses grew, then sprouted branch campuses, then became university systems.

How did those states respond to growth? They applied a tried and true American principle. They decentralized authority and allowed the constituent universities greater independence and self-government.

Our American system rests upon the cornerstone of self-government and the belief that if you give people authority and responsibility, they will do a better job of governing themselves than faraway bureaucrats, our modern princelings. Our founders believed that people who are closer to the scenes of action are better informed and can make better decisions about matters that directly concern them.

When delegates to our federal and state conventions drafted their constitutions, they confronted a practical problem. They knew that many communities might not be ready for self-government at that moment. But they foresaw that those communities would grow and mature, and that they ought to be able to cast off outside rule.

What did they do? The framers of the Constitution of the United States, following the Northwest Ordinance, provided for future growth in Article IV, sections 3 and 4. People in the territories first are governed by Congress, but once admitted as states, they graduate to self-government.

Our state constitution also provides for anticipated growth. The delegates to the Alaska constitutional convention many times expressed concerns about the future organization of the state as communities grew. So, they inserted Article X, which provides a pathway for maturing communities to claim that right to govern themselves when they grew to maturity.

When our university system grew, the Board of Regents followed this American principle. They decentralized. Beginning in the 1970s they permitted UAF, UAA, and UAS to become separately accredited universities.

That decision was momentous. According to accreditation standards, once universities are accredited, they may not be merged into another without the consent and participation of the faculty. Hence, when the UA Regents permitted separately accredited universities, they gave up a power that cannot be taken back unilaterally. They permanently entrusted the universities with greater independence.

If the UAA Faculty believed that consolidation was good higher education policy right now, we would consent to the wishes of the statewide administration and the Board of Regents. But we believe that consolidation and central planning – which reverses the reforms of the 1970s – is bad policy and will harm higher education in this state. Our university system has grown more since the 1970s and calls for another round of reform in the direction of decentralization, not reform in the opposite direction.

The support of consolidation by Alaska conservatives is especially surprising. Have you now become the advocates of central planning? Why do you think you drive an American SUV today rather than an East German Trabant? You used to believe that competition was healthy and good. You used to recognize that central planning never delivers quality or cost-savings.

How can you possibly trust the promises of the UA statewide administration and the Board of Regents, that under their greater command and control, the universities will be more efficient? Just look at their record of financial management: the highest dependency on state appropriations than any other public system of higher education in America; a $1billion deferred maintenance bill; a paltry $200M endowment (not counting the land trust).

At the hearing of the State Affairs Committee of the Alaska Senate on Sept. 20, the UAA Faculty, students and alumni explained why we believe that decentralization will improve UAF, UAA and UAS, and will lead to greater financial efficiency. For those reasons the UAA Faculty have indicated our refusal to consent to consolidation in dozens of ways. We recently polled ourselves, asking directly, “Do you favor the single accredited one university model as presented by President Johnsen?” – 83% of polled UAA faculty said no, 7% said yes.

But our views have been grossly misrepresented. Several weeks ago Alaska media repeated the misleading spin fed to them by a contractor hired by UA statewide. It was uncritically reported that the views of faculty were mixed concerning consolidation. The basis for these reports? An online survey open to ballot-stuffing that asked respondents ambiguous questions, e.g., whether they liked the idea of a seamless experience in higher ed. If you answered yes, then the contractor counted you among supporters of consolidation.

Garbage. Many like myself who favor a decentralized university system and oppose consolidation could easily answer yes to such a question. Who doesn’t like puppies and rainbows? But if you do, the contractor marked you down in favor of the administration’s plans.

But that is how this UA president rolls and now our accreditor is aware. He manufactures the appearance of support and quietly threatens dissent, in the pursuit of his beloved vision of “One UA” that will harm higher education in this state for generations.

Forrest Nabors is Associate Professor and Chair of the Department of Political Science at UAA, and has served on the UAA Faculty Senate since 2012. Read an earlier op-ed by him at this link.