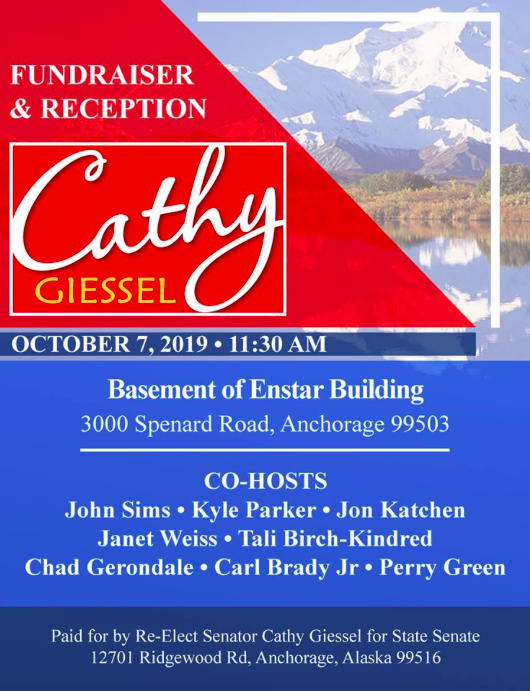 The campaign kickoff fundraiser for Senate President Cathy Giessel was abruptly cancelled Monday. Must Read Alaska has not been able to determine a reason other than “logistics,” as it was explained by a person close to the campaign.

The fundraiser was set for 11:30 am in the basement of the Enstar Building in Spenard. One block away, at the Legislative Information Offices on Benson Blvd, a rally for the Permanent Fund Dividend was being held at the same time.

There may have been concerns about the protesters coming over to the utility’s building and causing bad publicity. Giessel is at odds with some in the Republican Party over her stance on the Permanent Fund dividend, and her growing alliances with Democrats.

Why did UAA Faculty Senate vote to suspend UA president?