House Majority response to budget: We don’t like it 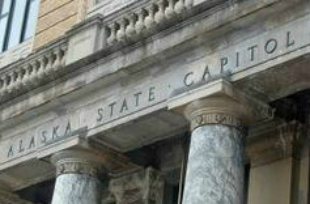 Members of Alaska House Democrat-led Majority  released statements on the governor’s budget plan just hours after he had revealed his Fiscal Year 2021 spending plan on Wednesday, four days before the statutory deadline.

They didn’t thank him for bringing the plan to them early so they can get to work as appropriators. They didn’t applaud him for taking a different approach this year, after they crossed swords with him last year. Nor did they congratulate him on offering the Operating, Capital, Mental Health, and Supplemental budgets all at once, so they can see the gestalt of what they’re dealing with.

No, they didn’t have much nice to say about it, but at least the House Speaker was happy enough that the budget wasn’t as small as he expected it to be.

“We agree with the governor’s decision to not further cut the budget. However, spending is only half of the budget, and the governor is deferring to the legislature on how to pay for it. Alaska cannot afford to delay tough decisions another year,” House Speaker Bryce Edgmon said.

Edgmon didn’t say what those tough decisions are, but he acknowledged the governor has given them a tough task in a year when the entire House is up for election. Presumably, Edgmon will favor taxes on income, oil, and Permanent Fund dividends.

“The governor’s proposal would drain the Constitutional Budget Reserve, leaving us unable to withstand any unforeseen financial emergencies. In the last year alone, we saw a record fire season and the largest earthquake since 1964. It would be reckless to drain our primary savings account for the largest PFD in history,” said Rep. Jennifer Johnston of Anchorage, who co-chairs House Finance. A Republican, she has joined the Democrat-led caucus. From her statement, it’s apparent she’ll propose a smaller draw from the Constitutional Budget Reserve, and half a Permanent Fund dividend for qualifying Alaskans.

“The governor’s budget takes a short-term view. He is detailed about what he wants to spend but is shortsighted in his plan to pay for it. The legislature will hit the ground running in January, and we will work diligently with the administration to complete our work within 90 days,” said Rep. Neal Foster, a Nome Democrat.

Why did Foster say they would complete their work in 90 days? That’s a curious remark that has little to do with the budget or its funding. Last year, the legislative leaders predicted that 90 days was not achievable.

After all, the Legislature has not completed its work in the statutory timeframe since 2014, and the 2019 legislative session didn’t even attempt to meet the deadline.

Foster has tipped the hand of the Democrats, who want to complete their work in 90 days so that they can help the Recall Dunleavy group get onto a special election ballot. If they do gavel out in 90 days, and that’s a big “if,” the recall group will benefit greatly. They have a better chance of taking out the governor via a special election, which is only possible if the Legislature gets out of Juneau on time.

Clarification: The length of the legislative session can benefit the recall committee, depending on how they want to play it. When the recall committee turns in their signatures determines whether it gets attached to the General, Primary or a special election.

This is about politics, left vs. right. If the session goes longer than 90 days, the recall petitioners have more time collect signatures.

Unlike an initiative, which has regimented dates associated with it, if the Legislature adjourns on Day 90, the timeframe becomes whenever the court is done with their decision, whenever the group gets the 78,000 signatures, and whenever they plan strategically to turn in those signatures, because that begins the 30-day signature verification, and the lieutenant governor’ decision to set the election between 60-90 days after that. That window could bump the recall onto the Primary ballot. Or if they delay turning in their signatures, the question could go to the General Election ballot, something the group seeks to avoid. Statute directs the lieutenant governor to put it on the next ballot, if it falls in that timeframe.

Democrats, who control much of what goes on in the Legislature these days, will make a mad dash to get their work done within those 90 days.

Republicans, whose votes are needed to fund the budget with the Constitutional Budget Reserve, are likely to drag their feet in an attempt to rob the Recall Dunleavy camp of that victory.

There’s another reason why Democrats will try to get the budget finished in 90 days: Every one of the 40 House seats are up for election. The incumbents who are running again will not be able to raise money or effectively campaign if they are stuck in special session after special session, as they were in 2019.

The Alaska Senate didn’t issue a statement about the budget, nor did the Republican House Minority.

Alaska Democrats echoed the sentiments of the House Majority, not criticizing the size of the budget but the funding source:

“Smashing the piggy bank rather than repeal oil tax credits. His priority is clear, and it’s not the people of Alaska,” the Democrats offered, pointing to the source of money they want to use for state service.