Hey, isn’t that Sen. Charlie and Becky Huggins on TV? 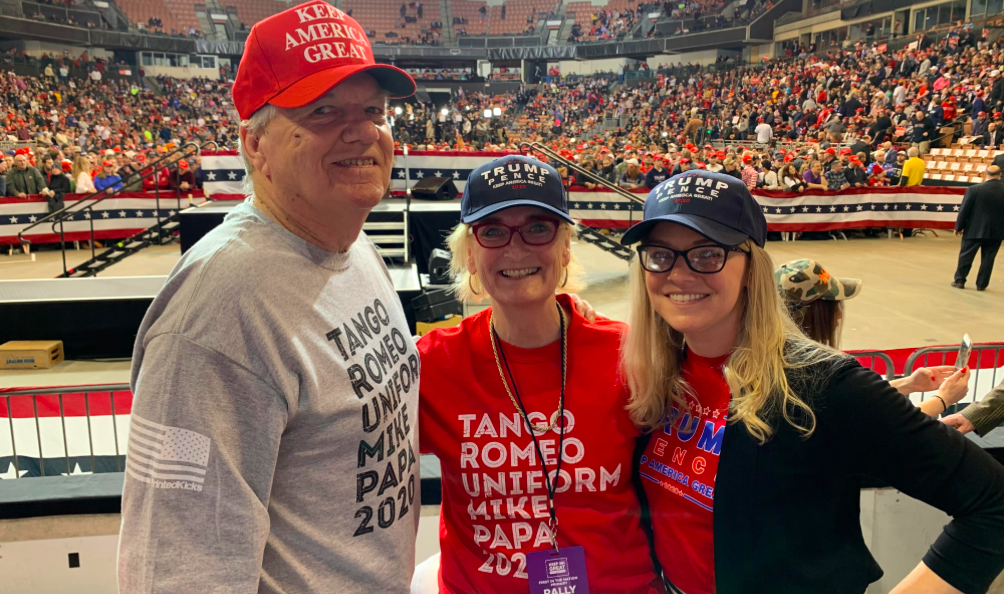 ALASKANS MAKE IT TO TRUMP RALLY IN NEW HAMPSHIRE

Former State Sen. Charlie Huggins, Becky Huggins, and daughter Hallie Johnston, all of Wasilla, were in New Hampshire for the baptism of the youngest Huggins granddaughter, when they were able to get tickets to attend the rally for President Donald Trump on Monday evening.

“We had a blast.  Everyone was nice, polite and they were strong Trump supporters.  Earlier we were given a tour of ‘radio row’ where they were mostly covering the primary actions,” said former Senate President Huggins.

“It was a huge crowd, but it was a joy to go to, you didn’t feel scared, harried, or frustrated. It was a fabulous experience,” Becky Huggins said from Wasilla, where the couple has returned home.

The three were seated directly behind President Trump as he spoke, and therefore appeared in most of the televised spots and many news photographs of the event.