Why time didn’t begin on Wednesday, but still has a chance this June 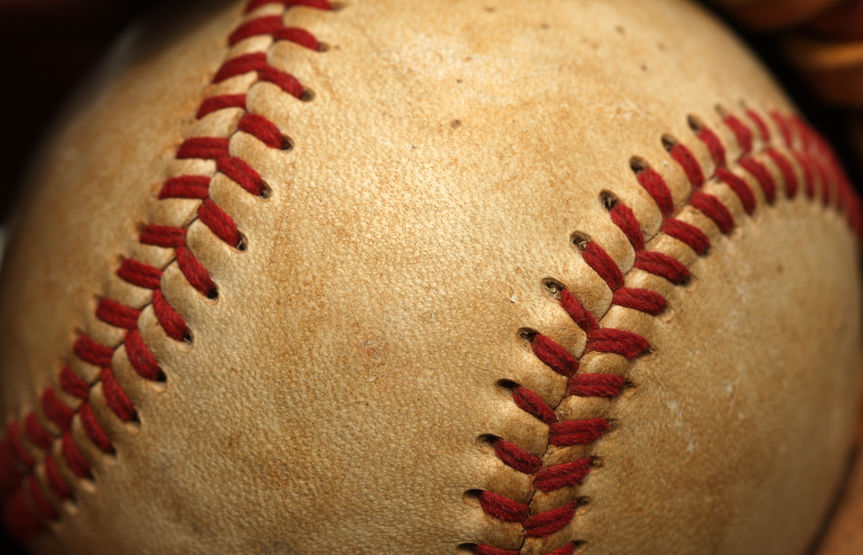 Last Wednesday was opening day of the Major League Baseball season.  In years past, I would have secretly listened to my team’s first game during work hours, then turned on the MLB Network to capture the highlights that evening.

From 1969 until 2019, opening day had a magical quality about it for me and millions of other baseball fans who had the fortune of growing up when baseball was mostly about competition and entertainment. Baseball author Thomas Boswell wrote a book called Why Time Begins On Opening Day, and the title made perfect sense to people like me.

If you haven’t sensed it already, I’m a baseball geek.  Baseball was my first true love, something my wife has understood for almost 31 years now.  Borrowing from the movie “Diner,” my bride-to-be had to pass a baseball trivia quiz before we could start ordering bouquets and booking a minister.

The only World Series I missed occurred in 1982, and that’s because I was in Marine Corps boot camp at the time.  Knowing the Fall Classic was occurring without me, and desperate for news of it, I took the rather courageous but idiotic chance of inquiring of my Senior Drill Instructor what the situation was with the Series.

“Sir, Private Barto would like to know what is happening in the World Series, Sir.”

“How did you know I liked baseball, Bartaloo?”

“Sir, Barto, Sir.  The private did not know this information, Sir.”

“Hell yeah, Barrett. I pitched in the minor leagues.  Would’ve made it to the big leagues if I hadn’t injured my arm.”

“Sir, that was certainly a bad break, Sir, and the private is truly saddened to hear about it.  But the Series, Sir—”

“Don’t have time to watch baseball while I’m trying to make Marines out of you useless . . .”

At this point the conversation devolved into a bunch of yelling and cursing, and push-ups and bend-and-thrusts.  I was clear my dredging up memories of lost glory on the baseball diamond had hit a nerve with the Senior DI.

But such has been my obsession with the national pastime.

So, why then, did this lifelong fan of the game not care to tune in this past Wednesday?  Why hadn’t I done the usual poring over baseball magazines, analyzing each team and making predictions for how they would perform?

Because in 2020, MLB opted to align their multi-billion dollar business with the self-proclaimed social activists who spent the summer burning buildings, looting businesses, and maligning police officers.

MLB didn’t just allow kneeling during the National Anthem, they encouraged it; and they replied with harsh, self-righteous indignation to those of us who tried to inform them they were losing lifelong fans as a result.

So, unless MLB gets out of the social activism business and stops honoring those who dishonor the flag that many of us hold dear and have had the honor of presenting to families of fallen service members, then I am done with them.

And it breaks my heart.  And MLB doesn’t care.

The ABL has a long history of being one of the best summer collegiate programs in the nation. Hall-of-Famers Tom Seaver, Dave Winfield, and Randy Johnson spent summers playing ball up here, as have dozens of other players who went on to garner my envy and actually get paid to play the game.

Covid killed the 2020 season, but the 2021 rosters are already pretty much set for each team.  Still, there are some issues that have to be dealt with in order for the crack of the bat (it is a genuine wood bat league, after all) to be heard come June.

The number one obstacle is the Municipality of Anchorage.  The same restrictive measures that closed businesses, killed jobs, and devastated our local economy, now threaten good, clean, family fun at the ballpark.

Social distancing guidelines, concession sale restrictions, required proof of Covid tests and/or vaccinations, and a general opposition, if not outright contempt, for sports activities in Anchorage are putting the season at risk.

The Mat-Su Miners and Peninsula Oilers are good to go, but the three teams within the Anchorage Municipality – the Bucs, Pilots, and Chinooks – cannot play if the Municipality continues putting up obstacles.  That would mean a second consecutive year without baseball in Alaska and, many of us fear, it will put in jeopardy the future of our historic league.

Please, Anchorage, care enough to do the right thing and clear the way for the 2021 ABL season to happen.

Tim Barto is a VP with the Alaska Policy Forum, and President of the Chugiak-Eagle River Chinooks Booster Club.  His wife, by the way, aced that pre-nuptial baseball quiz.

Voting Day: Anchorage has until 8 pm Tuesday to choose its destiny