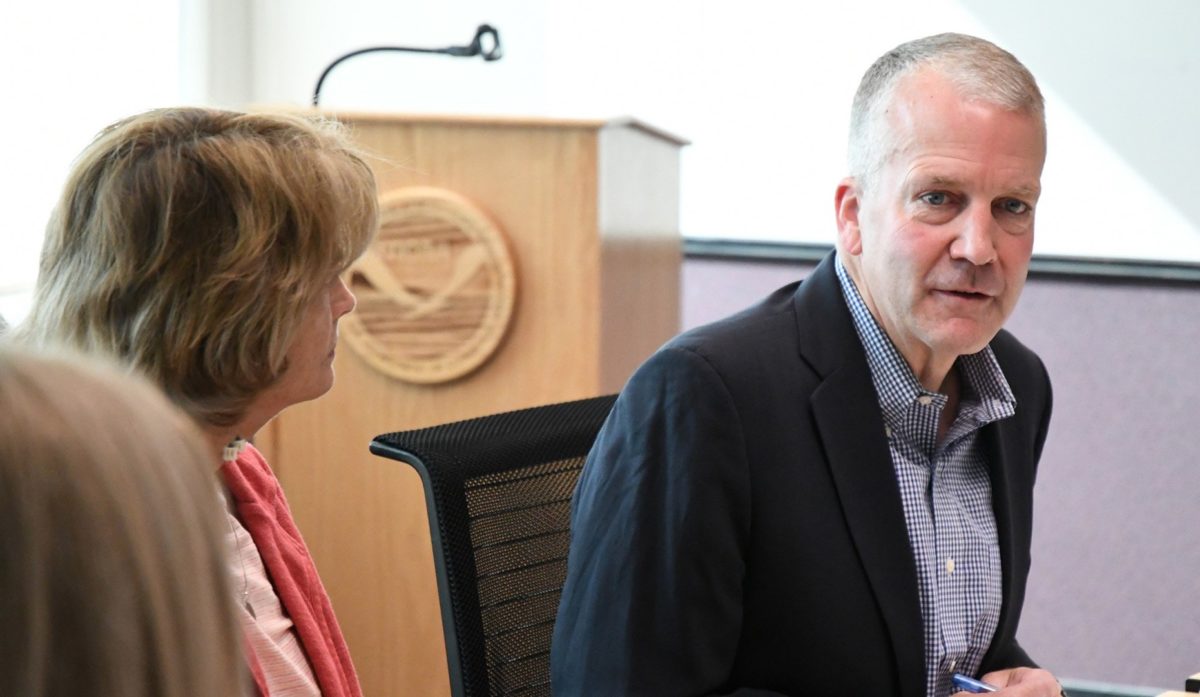 Republican U.S. Sen. Dan Sullivan took to his Facebook fan page to do some bragging on Monday.

“Congressman Young, Sen. Murkowski and I were just recently rated as being among the top 10 most effective lawmakers in the last Congress,” posted Sullivan.

The swamp group, the Center for Effective Lawmaking, rated Alaska’s delegation in the top 10 percent of all delegations for effectiveness during the 116th Congress, which ended in January.

If Sullivan thought his Facebook fans would be impressed, they were anything but. The reaction was scathing.

“Sullivan is getting sucked into the swamp. Misplaced loyalty to Lisa Murkowski,” wrote Ryan.

“DC must be pleased but your constituents have much angst with you,” posted Ruth.

“You’re speaking with a forked tongue. You cannot support what is healthy and financially sound and at the same time promote Murkowski,” added Nancy.

“We didn’t send you there to win beauty pageants or to get along with others. We sent you there to represent our interests,” wrote Dennis.

“How the hell do you include Murkowski in the same sentence,” posted Tim.

Only a tiny fraction responded positively to Sullivan’s post. Keep in mind, these are Sullivan fans on his fan Facebook page.

Sullivan and his team clearly miscalculated the reaction he would receive from bragging about getting recognized by a swamp group praising he and Murkowski for being swampy.

Sullivan’s post and the reaction to it illustrates perfectly the divide within the Republican Party between the swamp and liberty-loving conservatives.

Anchorage Mayoral candidate Bill Evans is another example of someone who enjoys support from Republican establishment types, but not from conservatives.

Evans’ supporter Rebecca Logan was one of a very few reacting positively to Sullivan’s post.

“Thank you for all that both of you do for Alaska!!!” wrote Logan.

Sullivan has taken a considerable public relations hit recently among conservatives after saying he would support Murkowski if she ran again.

Murkowski is not popular with most Alaska Republicans and is practically loathed among conservatives.

The poll also shows conservative challenger and Republican Kelly Tshibaka with a double-digit lead over Murkowski despite having very little in name recognition. The sentiment among Republicans seems to be anyone but Lisa.

Now you know why, with the help of Lower 48 Leftist billionaires, Murkowski gave us rank choice voting and did away with Alaska primaries.

It’s tough to win your party’s nomination when 87% of its voters don’t like you.

But Murkowski is also not liked among other Alaskans. 63% view Murkowski unfavorably.

Sullivan displayed real tone-deafness when he recently pledged his support for Murkowski if she runs again. He even described he and Murkowski as a good team.

Sullivan may assume voters will forget his allegiance with the highly unpopular Murkowski more than five years from now when he’s up for reelection.

Chances are Murkowski, with her dismal approval ratings, will be a long forgotten political figure when Sullivan faces reelection.

But voters should remember Sullivan stood with and supported Murkowski despite her being chief antagonist and agitator to President Donald Trump.

Her unflinching, consistent, and passionate support of Planned Parenthood and abortion should disqualify her for support from any pro-life conservative. Never mind the fact she singlehandedly saved Obamacare giving the need for more abortion funding as a reason.

If Sullivan has a conservative opponent five years from now, you can bet they will remind us all of his betrayal of the conservative movement by supporting the embodiment of a swamp creature, Lisa Murkowski.

Poll: Tshibaka in strong position for Alaska, Murkowski has ground to make up

Why time didn't begin on Wednesday, but still has a chance this June