Unless you were a college sophomore or some mind-numbed, America-hating leftist with chronic Trump Derangement Syndrome, America was a good place and generally optimistic back in December of 2019.

Unemployment was at historic lows, the markets were at historic highs, property values had largely recovered from the Democrat-induced collapse of the mid ‘00s; life was good.

My wife and I took off to Puerto Vallarta in early December. After a couple of decades of spending a couple or a few weeks in Mexico every winter we’ve developed a certain ennui about it, but it is nice to spend some time with your toes in the water and your behind in the sand in  some warm place during an Alaska winter.

We normally go in February or March; it’s warmer in Mexico and Alaska is a much lighter and more pleasant place when you get back. Now, after over a decade of retirement, we’ve gotten somewhat accustomed to no longer being MVP Gold and to flying in coach, but we did splurge on the “Less Discomfort Class” on the segments where we could get it, which didn’t include the segment from Portland back to Anchorage during the evening of Dec. 18-19.

The plane was very late and totally packed. There were so many people coughing, gagging, and wheezing that it sounded like a tuberculosis ward.   We had the usual allotment of feral children and incompetent parents; why does anyone with a brain travel with a small child for any reason other than a medical emergency? After four hours of misery, we were back home.

Then just like clockwork, we were both sick the first week of January.  I only had general malaise and flu-like symptoms for awhile. My wife developed pneumonia, had to have two ZPack courses, and was sick for the better part of six weeks; happy New Year!

She tested positive for both of the SARS influenza types. Nobody was much aware of COVID -19 in early January, but we now know that testing positive for both SARS influenza types is a pretty good indicator. When she finally got a CV-19 test in March, she was negative, as was I later when I had to have one before a minor surgical procedure in July.

We haven’t had the antibody tests to see if we had it, because they aren’t very reliable and — what the Hell — we’re both alive.

And just so you know what a scam this is, I had my CV-19 swab and fifteen minutes later went into surgery, tests were taking a week or so to get results at the time. My diagnostic report on my discharge after surgery was that I was “presumed positive” for COVID – 19, but the hospital staff that attended me used less PPE than my dental hygienist used to clean my teeth a week or two later.

Treating CV-19 patients pays a lot better and there are no questions asked.

We’re among the lucky ones; whatever we had, we had it early before the hysteria set in, and we recovered from it. PERS has reliably deposited our retirement and my Medicare and our health insurance is paid.  My wife has telecommuted for years, and other than a couple of weeks when she had pneumonia, she hasn’t missed any work, and even the missed work was covered with paid leave.

We’ve won the lottery of life; our employer hasn’t been forced to close down or reduce to a skeleton staff, which brings this ramble to the central theme.

The COVID-19 scam has revealed the essential cultural and political divide in this country.  The governmental, professional, and administrative class in America has not suffered from the so-called pandemic, in fact this class had in many ways profited from it.

Those who are still working have seen almost everything they consume become less expensive. A couple of weeks ago, we spent a long weekend in a high-end lodge that I’d normally never patronize for the price of a single night in normal times.  Unless you have a camper/motorhome or are willing to tent-camp, few Alaskans will spend the money to travel Alaska in summer; it is just too expensive and crowded. Even when I had the resources of the State budget, we severely limited even statutorily required hearings and negotiation sessions in summer because it simply cost too much.

The room a hotel would beg me to take at $89/night in January was $389 a night in July if I could get it at all. This year, you can get it for $69 a night. The stores that are still open are having sales. The building supply/appliance stores are having a boom. If you’re still working and have decent credit, mortgage rates are at near historic lows. If you’re one of the haves, it’s time to let the good times roll. It’s as good as having an isolated castle in the countryside during the Black Death.

On the other hand if you’re the owner of a small business in the hospitality/service/retail industries, you’ve had little or no income and no profit in the last six months; most small businesses, even prosperous ones, are broke in less than a month without income. If your business isn’t teetering on bankruptcy, you’re either a friend of the mayor or living off the dregs of a federal loan/subsidy.

If you work for wages in these industries, you’ve been laid off or had your hours cut to the bone for six months. You were probably living pretty well on State Unemployment Insurance and the federal $15 an hour subsidy, but that ended July 31, and any successor program is being held hostage by the communists, excuse me, Democrats.

There is no discernible, scientific or fact-based reason for Anchorage to be turned into the next best thing to a concentration camp except Mayor Berkowitz wants to try to force a mail-only ballot election. Those of you who own or work for small business can just suffer for the good of the Democrats.

I grew up in the dirt poor rural South of the 1950s and ’60s, but it took TV to show me I was poor and culturally deprived. I also grew up surrounded by Blacks and knew their culture pretty much as well as my own; they weren’t much different in those days.

As had the Blacks, I learned to “pass” as they called it in those days in the culture that thought itself vastly superior.  In the world of corporate Atlanta, if you had a legitimate Southern accent, you had to be twice as good to be thought half as much of, and yes I know about Yankee grammar and ending a phrase with a preposition, but I’m a Southerner and I like it.   Fortunately, it wasn’t very hard to be twice as good, and I learned to “pass.”

Fast forward a decade and a half and I’d had a fairly successful business in Anchorage and very successful stint with the US Government chasing down missing grant and contract money all over rural Alaska.

A divorce and custody of a teenaged daughter forced me into the arms of State government in the State’s Labor Relations Division; you can’t take care of a teenager and rattle around on the Kuskokuim for weeks at a time. I’d worked my way up a union’s organizational chart and held elected and appointed office as well as having been actual paid staff for awhile, the Holy Grail in the Union Biz.

I’d become a fairly accomplished bureaucrat in the federal government, which in those days was far more formal and rule controlled than the State. I was also the only one on the staff at the time who had any formal education in labor relations; I’d had all of UAA’s Masters/Professional courses in labor law and collective bargaining.

But I had a major black mark on my resume; in my misspent past I had actually done work that didn’t involve dress clothes and a desk. I was not one of the self-anointed elite that went straight from school to government and kept the same stupid ideas I’d had sitting cross-legged on the floor of a college dorm smoking dope in 1969.

By that stage of my life, late 30s, I was pretty experienced, in the sense Jimi Hendrix used that word; little titillated me and almost nothing shocked me.

But the attitudes of my co-workers toward people who didn’t work behind a desk actually shocked me; they were contemptuous of anyone who did physical work or who got their hands dirty.   They hated me too, but I was formidable enough that they couldn’t hate me to my face.   My resignation got written several times but ultimately I ran the place and all of them were gone.

Before one of my fans chimes in, I don’t offer this as some hagiography for myself; I offer it as a hagiography for the thousands of Alaskans who came here, took any job they could get, and clawed their way up the socio-economic ladder to make a life for themselves and their family.

The people I found myself surrounded with in State government in the late 1980s are the AA level of elitism in America.   Federal employees and academics are the AAA level, and the money people, the fund managers and tech billionaires, are the Major League.   They have made it to or near “The Show.”

You “deplorables” aren’t even in the cheap seats; maybe you can sell concessions in their show.   It needs to end; go vote. 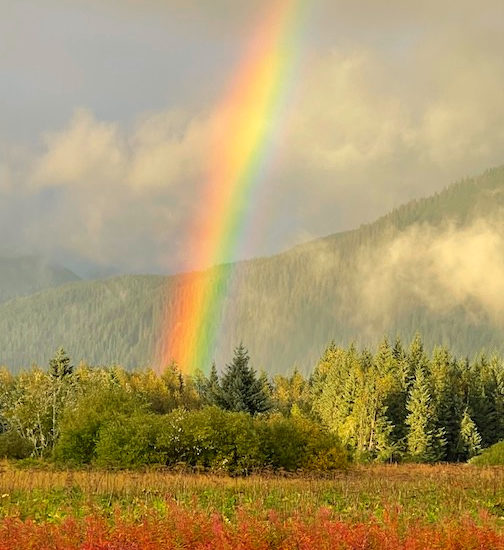