Anchorage Baptist Temple had upwards of 600 attendees this morning at its Sunday 11 am service, in defiance of Mayor Ethan Berkowitz’ order that no more than 15 people can gather together inside.

While Berkowitz’ code enforcers have come down hard on mom-and-pop diners, the enforcers were nowhere in sight this morning at the large campus on E. Northern Lights Blvd., where Senior Pastor Ron Hoffman preached a sermon on the different types of beliefs about truth (scientific, reason, emotional) and the one reliable truth.

About 40 cars were in the parking lot services, where the worship service was broadcast on a gigantic screen, but another 400 people were inside the chapel itself — some with masks, but most without. Attendance appears to have returned to normal for a gorgeous August day in Alaska.

The lack of enforcement on churches, while enforcement has taken a heavy-handed approach on restaurants, sets up a possible lawsuit against the Berkowitz Administration for arbitrary and capricious enforcement of what Berkowitz has called a “law” under his emergency powers, as he seeks to stem the spread of COVID-19 in the community.

Berkowitz has shutdown gatherings, restaurants, bars, and bingo halls for the entire month of August. Cases of COVID-19 in Anchorage have remained steady throughout the month, with the most recent 24-hour period yielding 52 new cases within the municipality.

Pastor Hoffman has stated that church will go on as usual, and this is his third in-person church service since the mayor’s orders to shut down were given on July 31.

This writer can attest that singing praise songs, a form of prayer, was difficult to do with a mask on because it’s hard to get enough oxygen.

The judge ruled against Los Angeles County’s attempt to get a temporary restraining order against Grace Community Church in Sun Valley.

Grace Community Church and Pastor John MacArthur brought a complaint last week against California Gov. Gavin Newsom, and other officials, saying that they showed unconstitutional favoritism in enforcement of the various state and local regulations, and it was to the detriment of churches.

L.A. County’s lawsuit against the church asked the court to order MacArthur to only only conduct outdoor services and to force worshipers to wear masks and maintain a six-foot distance while engaging in worship. 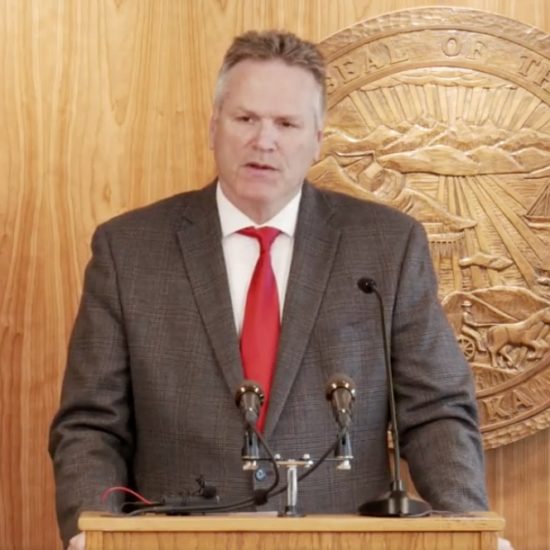