Assemblywoman Austin Quinn-Davidson hasn’t shown up in the Assembly chamber for months. She has participated by phone in the proceedings, and has stated that she is appalled and horrified at the people attending the meetings, who oppose the Assembly’s actions to forcibly mask everyone in Anchorage. She supports the emergency order passed by the Assembly on Tuesday.

But Quinn-Davidson didn’t always support Assembly power in this regard. In a note to a constituent in June of 2020, she wrote “While masks are shown to prevent the spread of COVID-19, this decision is not ours to make; it ultimately lies with the Mayor within his emergency powers.”

But evidently that only applied to a Democrat mayor. Ethan Berkowitz was in charge of the city back then. Now that there is a Republican mayor, Dave Bronson, Quinn-Davidson voted for the Assembly to pass an emergency ordinance making masks mandatory in Anchorage.

She wasn’t the only one who last year declared that only the mayor had that power.

Assemblywoman Meg Zaletel, in a similar note, wrote to a constituent: “We cannot set any mandates, that is up to the mayor. I have been pressing for us to take steps to flatten the curve again asap.” Her note was written last November.

Haines students still masked, even though Covid case count is zero for past 14 days 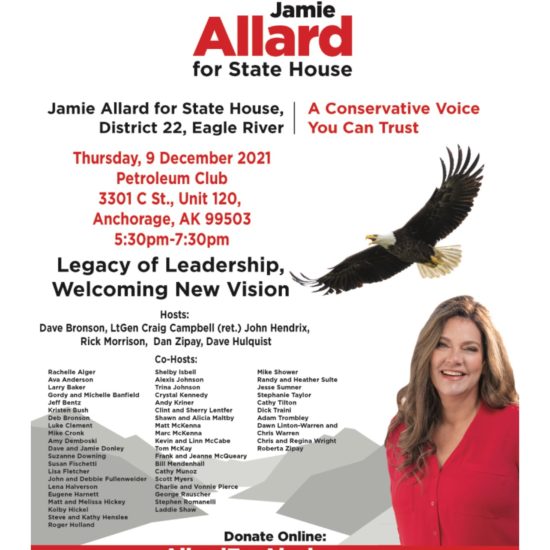 Allard kicks off campaign with fundraiser at Petroleum Club

Randy Ruedrich: This is an action item — return your voter information card