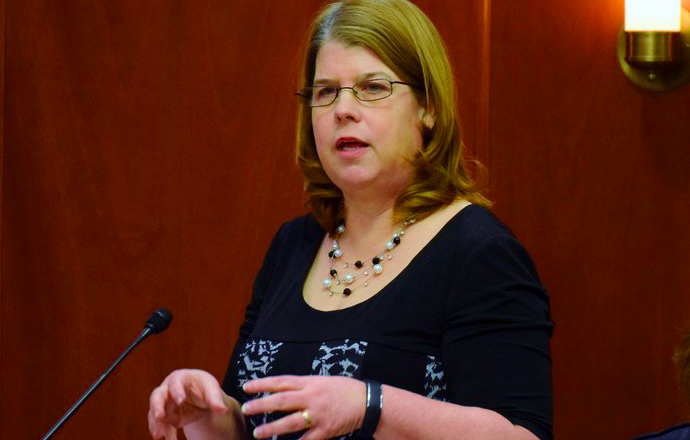 Rep. Tammie Wilson, who joined the Democrat-led Majority in February to become the powerful co-chair of House Finance, is out of the Majority.

News of her departure from the 25-member caucus spread quickly through the Capitol as she began packing her spacious Finance Chair suite to move into one of the tiny offices that minority members are assigned to.

The original majority caucus had eight Republicans and is now down to six of them, after Rep. Gabrielle LeDoux announced her departure from the group in May. LeDoux voted against the operating budget because she agrees with those who believe the $3,000 Permanent Fund dividend is statutorily correct.

Wilson on Wednesday was the lone vote against an override of Gov. Michael Dunleavy’s $444 million vetoes of the budget. For this, and for having attended the alternate legislative meeting in Wasilla, she paid the price.

The way she left the caucus is also subject to different versions. She said she was kicked out; the Majority caucus framed it as thanking her for her service and wishing her well in her future endeavors.

Wilson told reporters she would be heading home to Fairbanks. The Republican Minority, which Wilson left in February to join the Democrat-led Majority, has reached out to her, but it’s unclear where she stands. After LeDoux left the Majority, she is alone without a caucus, and the same may hold true for Wilson.

The House Majority is down to 23. In actuality, there are 23 Republicans elected to the House, but Reps. Louise Stutes, Bart LeBon, Steve Thompson, Gary Knopp, Jennifer Johnston, and Chuck Kopp caucus with the Democrats, leaving the Republicans with just 16 in their caucus.