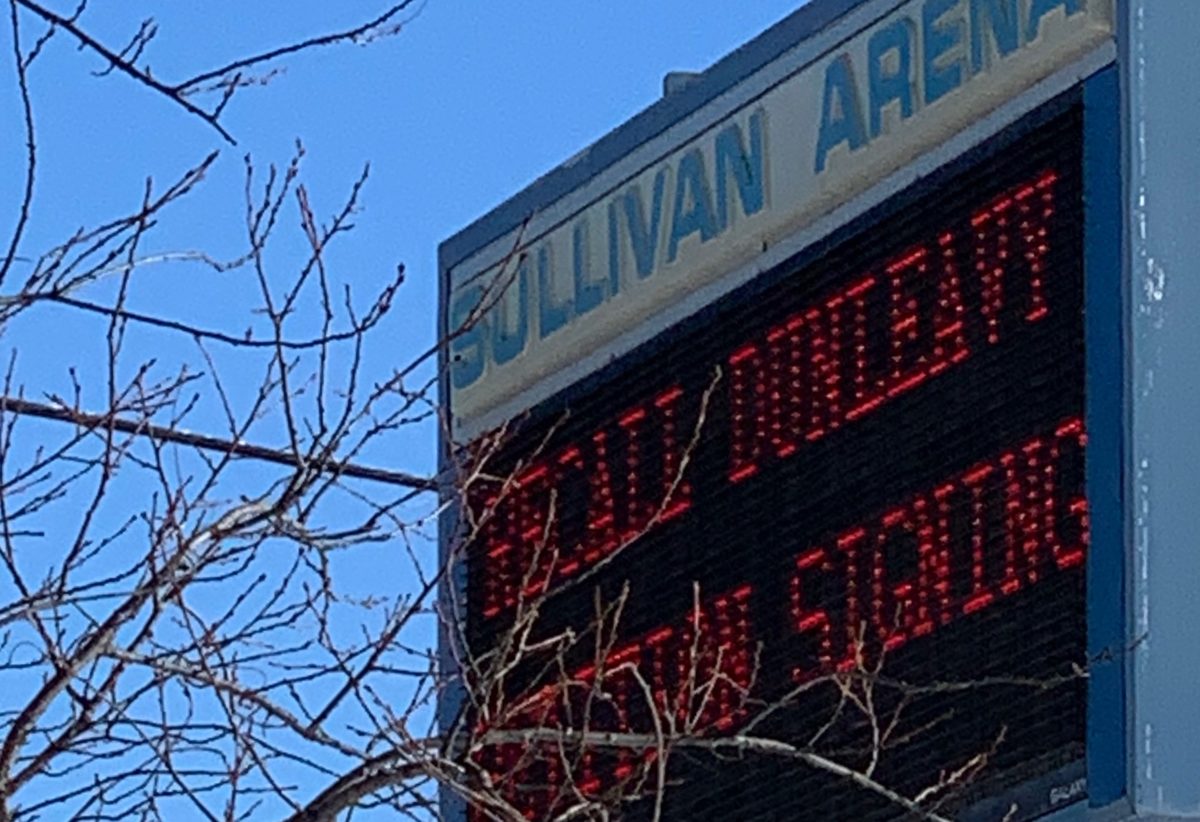 The Recall Dunleavy Committee rented the biggest venues in three Alaska communities for a statewide kickoff this weekend for signature-gathering on the petition booklets the court allowed them to use.

The group says it is hosting 49 kickoff events around the state, but the biggest by far will be at the Sullivan Arena in Anchorage, the Carlson Center in Fairbanks, and Centennial Hall in Juneau, where people can sign petitions this weekend and grab some bumper stickers and other swag. The kickoff will be an event designed for maximum media exposure.

The group needs over 71,000 signatures to put the recall of Gov. Mike Dunleavy on a ballot, something which the primary organizers — former Gov. Walker employees Scott Kendall and Jahna Lindemuth — hope to do by July in a special election.

The ability to rent the biggest venues in the state shows that the group is well funded; it has had paid staff for over nine months.

But because the final Supreme Court decision hasn’t been issued on the actual validity of the recall, there is no way to discover who the major funders are at this point. These funders do not need to be reported to the Alaska Public Offices Commission.

However, Must Read Alaska has learned that the Alaska State Employee Association and the AFL-CIO have stepped forward with a “blank check” to support the recall committee’s court costs, which are said to be approaching six figures. Other costs are being handled by private donations. One of the lead treasurers for the effort is Joelle Hall of the AFL-CIO.

The final court decision will be on or about March 25, after which the recall effort is considered a “real campaign,” and the usual finance reporting must begin.

On the campus of UAA, students report that paid recall signature gatherers are telling passersby that they should sign the petition because the governor is trying to take people’s Permanent Fund dividends.

Defending the traditional PFD was, of course, one of the governor’s key campaign issues, and he has long defended the statutory calculation for the dividend. He requested the Legislature allow the people of Alaska to vote on what the formula should be, and put it into the State Constitution so it is no longer a political football, a request that has been denied.

Recall Dunleavy Committee has just passed its first anniversary. The group, led by Kendall and Lindemuth, purchased its domain name a year ago Feb. 18 — just 11 weeks after the governor was sworn into office.

On the other side, the Keep Dunleavy group was organized after the Alaska Supreme Court ruled that the recall group would be able to collect signatures even without a final ruling on the legitimacy of the recall.

Cynthia Henry of Fairbanks chairs that group, and Kelly Goode is the campaign manager. Goode is the former deputy commissioner of the Department of Corrections.

Fundraising has picked up for Keep Dunleavy, since it was announced, according to MRAK sources. Sources say millions of dollars will need to be spent defending the governor, who took office 14 months ago.

In addition to that group, there’s the Stand Tall With Mike group that has been primarily involved with the court case, trying to convince the court that the justifications given by Recall Dunleavy cheapen the concept of elections and of the recall process itself.

The group had two lawyers fighting the ballot initiative, but the only remaining lawyers now involved are with the Department of Law. The Stand Tall group decided to save its money for the campaign side after it became evident the Alaska Supreme Court was going to allow the recall to go to the ballot. The formal decision is still weeks away, but most political observers now see that as a formality.

Democrat pollster Ivan Moore leaked polling results from December, which showed the Dunleavy recall in a dead heat with voters. Moore sampled 694 registered voters statewide, and the poll, he says, has a margin of error of 3.8 percent:

Moore says it is not actually a dead heat but a .8 percent lead to “yes.” He is encouraged by that number.

However, Moore is also the pollster who had Alyse Galvin in a statistical dead heat with Congressman Don Young in 2018, but in the end, Young won over Galvin, 53.3-46.7. Moore also predicted that Ethan Berkowitz would win over Don Young in 2008 — by a 9-point margin.