Muni blunders its way to the end of Election Day, hands out wrong sample ballot to dozens 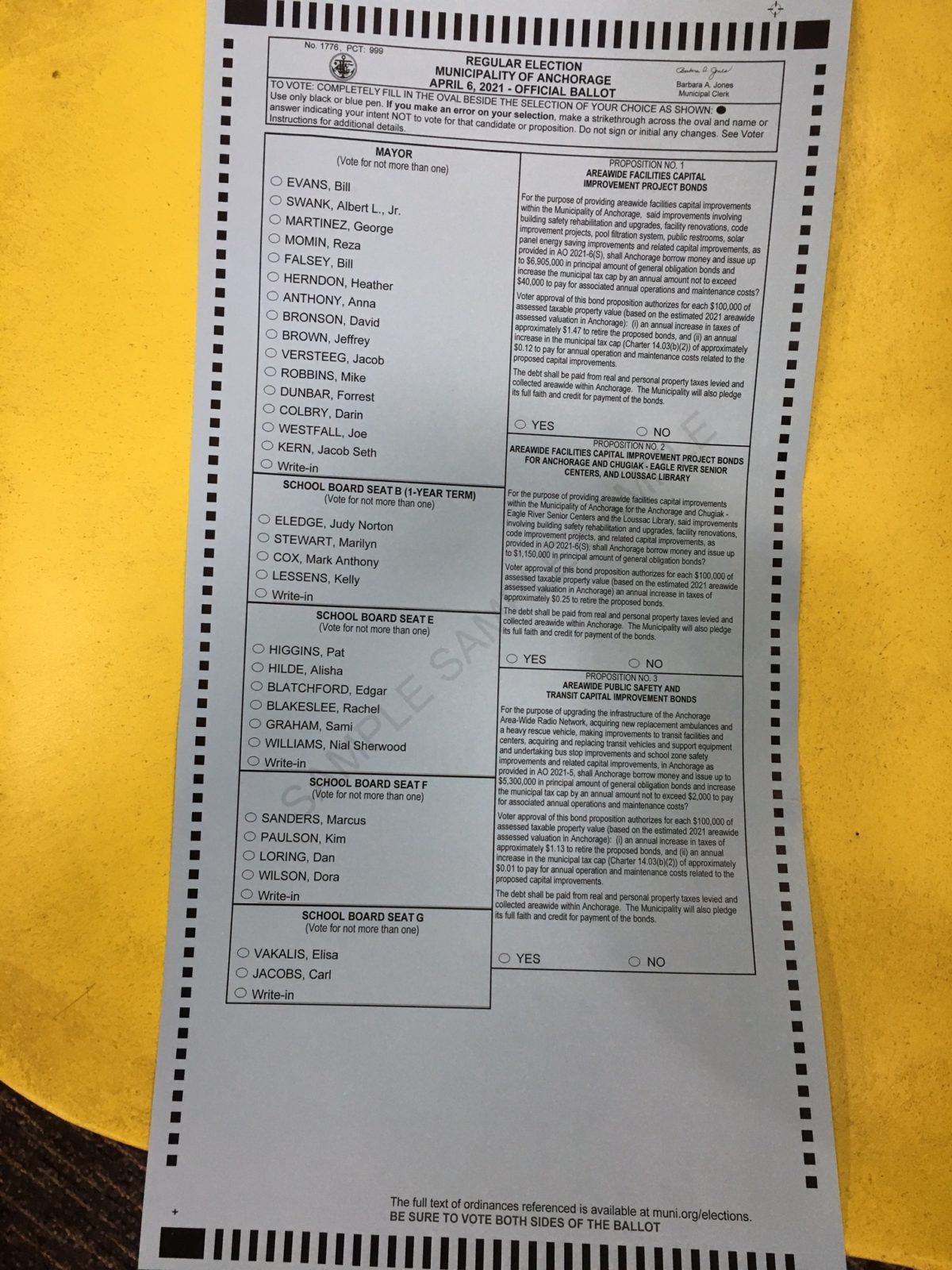 With long lines of voters and not enough staff, people waiting in line at the Loussac Library were being handed sample ballots on Tuesday by election workers making the effort to help them get educated on the ballot they would face once they got inside the voting area.

The sample ballot was a generic version that did not contain the “Recall Rivera” question. The Municipality only printed one sample ballot for Anchorage.

Assemblyman Felix Rivera is facing recall in the midtown area of Anchorage.

10,000 people voted in District 4 in the last election out of the approximately 50,000 who could vote. Anyone in line from that district would not know they did not have the correct ballot, unless they were already familiar with the question.

“If the only ballot being handed out doesn’t have the recall question on it, how is that right? You’re disenfranchising people,” said Russell Biggs, one of the Recall Rivera organizers. “District 4 voters deserve a correct sample ballot.”

Also, dozens of people in line at the Loussac Library said they had not been mailed a ballot to their home.