MRAK Almanac: Of halibut and Whole Foods, blessing of the fleet 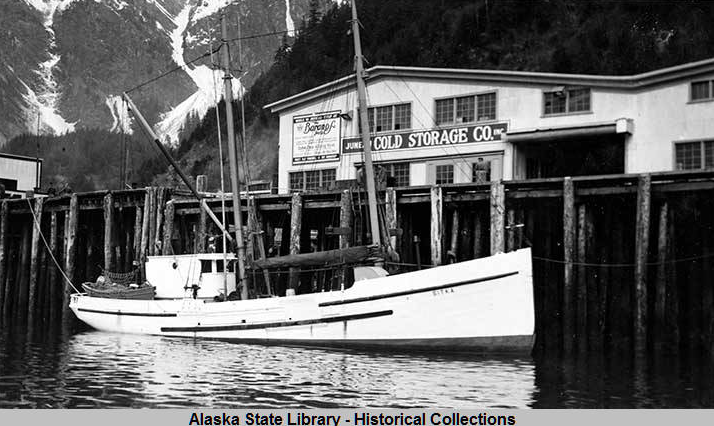 The commercial halibut fleet is on the grounds enjoying good spring conditions. The International Pacific Halibut Commission set the Northern Pacific and Bering Sea catch for 2019 at a whopping 29.4 million pounds. Alaska’s share will be just under 20 million pounds this year — three million pounds higher than last year.

Read about how Whole Foods (owned by Amazon) is the price-setting leader for halibut in the Northwest in this story at the Seattle Times.

April 29, 1958: The very last Territorial Primary Election was held, a “lost” election because it was actually annulled by the first state primary in August that year.

April 30, 1913: The Alaska Pioneers’ Home bill was approved by Gov. Walter Eli Clark. Clark had been appointed governor of the District of Alaska by President William Howard Taft on May 18, 1909, as Taft considered him to be an expert of sorts on Alaska. Clark had prospected for gold near Nome during the gold rush of 1899-1900, and had traveled in Alaska in 1903 and 1906. He was the first occupant of the current Governor’s House on Calhoun Ave. in Juneau. The Sitka Pioneer Home was opened in September 1913 on a $10,000 budget.

May, 1899: Rumors of a new gold find near Nome led thousands of stampeders to abandon Dawson City, Yukon and head west-northwest, where people were said to be picking gold up off the beach. It’s the 120th anniversary of that wild summer. By the end of 1899, more than 3,000 prospectors were working the Nome beaches, and by the next year Nome had 20,000 men digging in the golden sands.

April 26: Number of climbers on Mount Denali: 8. Number of completed climbs: 2. Number of summits: 0. Registered climbers for the season: 866.

April 27: Anchorage saw the warmest day so far this year on Saturday, hitting 56 degrees at the airport.

May 1: Alaska Space Grant Lecture. Leroy Chao, NASA astronaut, speaks on the topic of “View from the on-high: Adventures of a professional astronaut.” Experience spaceflight from the on-high of the Space Shuttle and the International Space Station. See breathtaking, awe-inspiring and provocative photos of the Earth from space and hear first-hand accounts from Leroy Chiao about his four space missions. Get the behind-the-scenes tour from the commander of Expedition X, and his view on where we are heading. Stunning photographs and personal stories make this an unforgettable experience. 201 Reichardt Building, 1930 Yukon Drive, Fairbanks, AK, 6:30 pm.

May 2: National Day of Prayer. In Soldotna, prayer warriors will meet at noon at the WKFL Park, next to the borough building.

May 3: Eaglexit, the group wanting to move Eagle River into its own municipality, meets at the Eagle River Lions Club, 18344 Eagle River Road. Educational meeting. 7 pm.

May 3 – 18: Juneau Jazz and Classics, a 16‑day festival in Alaska’s Capital City. Events include cruises, concerts, free events and workshops. Various venues, from bars to churches to auditoriums. Mostly free.

May 4: Juneau Maritime festival. Blessing of the fleet. Details.

May 5: Cinco de Mayo, with enough guacamole to celebrate Mexican army’s 1862 victory over France at the Battle of Puebla in the Franco-Mexican War. According to the Pew Research Center, 7 percent of Alaskans are of hispanic origins, or 49,000 in all. Some 51 percent of those are of Mexican origin, and thers trace their roots back to other predominantly Hispanic nations. It’s all fairly inexact, but still, pass the picante.

That time when Ivy Spohnholz lectured on taking 'responsibility'

The Left's big lie, and a complicit media