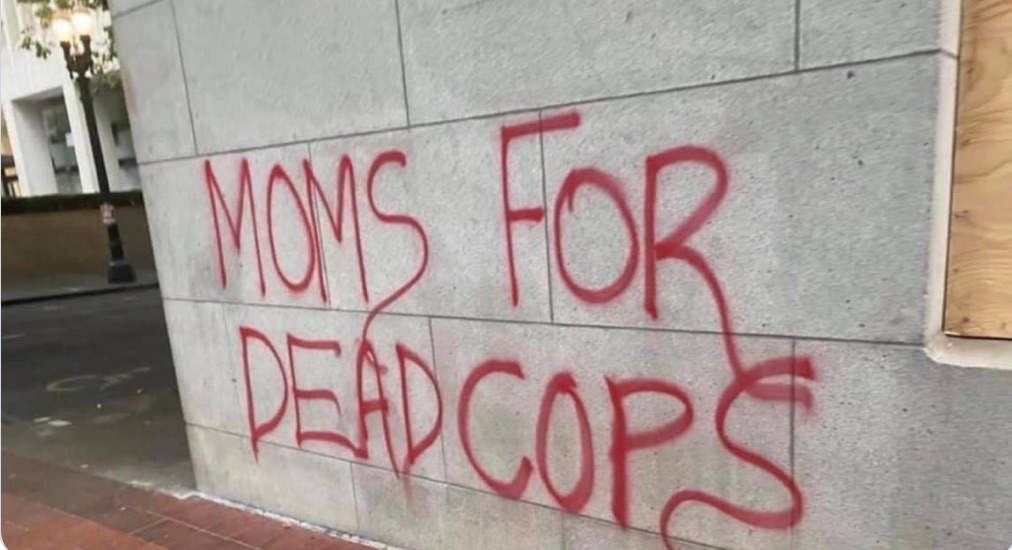 Anchorage Assembly member Forrest Dunbar, who is running for Anchorage mayor, took to Twitter today to compliment his sister and cousin for joining in the violent riots in Portland, Ore., which have turned that city into a living hellhole.

In a message of support, he said that he is sure his mother would also be joining in the protest “Wall of Moms” who are part of the siege against the federal courthouse in Portland, where rioters have been actively trying to take apart the building for 56 nights.

Rioters are using projectiles, ropes, tire spikes, and other weapons against the federal officers who are trying to protect the courthouse. The “Wall of Moms” came in during the past 24 hours with matching, printed t-shirts, showing how well-organized and well-funded the Antifa rioters are in Portland. It’s a technique used by Hamas, to use women to protect those committing terrorism.

Three federal officers have been permanently blinded by rioters who shined lasers directly into their eyes, according to the White House.

“Since May 26, 2020, protests in downtown Portland have been followed by nightly criminal activity including assaults on law enforcement officers, destruction of property, looting, arson, and vandalism. The Hatfield Federal Courthouse has been a nightly target of vandalism during evening protests and riots, sustaining extensive damage,” the U.S. Justice Department wrote.

Dunbar is an employee of the Alaska Army National Guard, where he is a commissioned officer. An attorney, he is a member of the Alaska Bar Association.

Why he is publicly supporting violence against federal law enforcement officers is surprising for someone who wants to lead Alaska’s largest city.

According to the District Attorney’s Office, U.S. Marshals Service deputies and officers from the Federal Protective Service, Homeland Security Investigations, and U.S. Customs and Border Protection are trying to protect the courthouse, but have been subjected to nightly threats and assaults from the rioters. Governor Kate Brown, who controls the Oregon National Guard, and Portland Mayor Ted Wheeler have refused to protect the courthouse.

Five people have been charged for alleged criminal conduct during a stage of the riot between July 20-21. Jennifer Kristiansen, 37, is charged with assaulting a federal officer; Zachary Duffly, 45, is charged with creating a disturbance; Wyatt Ash-Milby, 18, is charged with trespassing on federal property; and Caleb Ehlers, 23, and Paul Furst, 22, are charged with failing to comply with a lawful order.

Dunbar is used to blasting the federal government. Last month he said the U.S. Constitution is “shot through with racism.” He later tried to unwind that comment by explaining it was this writer’s misinterpretation of what he meant.