America’s corporate leaders are displaying an embarrassing richness of cowardice and naivety during the cultural revolution we’ll catalog under the general banners of Black Lives Matter and Antifa.

Business executives may believe this war on America will not come to their corporate shores. They are wrong. It’s already gunning for them, and no amount of kow-towing will prevent it, because destruction of free markets is one of the main goals of the Left.

Companies funding Black Lives Matter wanted to portray themselves as “pro-people,” but didn’t take the time to step back and examine what the movement really is or how it might evolve. Black Lives Matter admits its socialist revolution is underway.

Here is how these social justice organizations actually evolve: Nonprofits like Black Lives Matter do not seek to work themselves out of a job; they move the goalposts in order to keep their organizations relevant.

Like any organism, their first priority is to survive as a relevant entity. If they actually cured racism, they’d need to find other employment. The Southern Poverty Law Center is an example of a nonprofit that has expanded its killing field to keep the funding coming in.

The BLM revolution started not with peaceful protest, but with instantaneous rioting and uncivil occupation, fed by the organization itself. This wasn’t a lazy “Occupy Wall Street” camping trip; this was something different. Young people went on a wilding, with young men and women of color beating people of other racial characteristics, mainly white, but also Hispanic.

They now savage elders, children, youth, drivers, parents, police officers, store clerks and security guards. Much of this is on tape as a documented, nearly undeniable race war ripping through our cities.

The business community did nothing to support law enforcement during these attacks. Companies did not stand up for anything. Executives cowered in their C suites, metaphorically begging the mob to go elsewhere. They wrote checks to buy cover. They removed faces of African-Americans or Native Americans from their products. They admitted their white privilege.

The revolution of 2020 then moved to the defacing of cultural icons and art, as occurred during the French Revolution and the Maoist Cultural Revolution. We are still in the “destruction of symbols” phase of this movement, and no monument in America is safe now that local and state leaders have shown an unwillingness to defend them.

Now, World War II monuments to those who fought true fascism and racism are being desecrated.

Black Lives Matter cannot deny its responsibility in this lawlessness.

But even as the phase of monument destruction has been normalized across the country, the movement is taking on the next target: Christians.

Someone in the BLM movement had to go first against people of faith, and it may as well be Shaun King, since he is an ordained pastor, and his words carry extra weight.

One of the thought leaders of Black Lives Matter, King calls for the destruction of religious icons, the tearing down of any and all statuary, paintings, stained glass, and other depictions of Jesus “and his friends” if they are depicted as “white.”

“Yes I think the statues of the white European they claim is Jesus should also come down. They are a form of white supremacy. Always have been,” King wrote on Twitter. “In the Bible, when the family of Jesus wanted to hide, and blend in, guess where they went? EGYPT! Not Demark. Tear them down.”

King continued: “white Jesus is a lie” and a “tool of white supremacy” created to help white people use Christianity as a “tool of oppression.”

King then urged the destruction of all “murals and stained-glass windows of white Jesus, and his European mother, and their white friends.”

King, a mixed-race Black graduate of Morehouse College, an historically black college in Atlanta, is important as a BLM leader not only because of his wearing of the cloth, but because he is a writer-in-residence at Harvard Law School. That allows him a legitimate platform from where he can direct the actions of the mob.

As one of the intellectual leaders in the Black Lives Matter movement, he is leading the charge against Christianity and the way people worship. He’s already seen that Christians and their churches will not stand up for themselves; they willingly followed government orders to close during the first phase of the pandemic.

King has not been de-platformed by Twitter for calling for this Kristallnacht against his fellow disciples of Christ.

Black Lives Matter and other radicals in the movement have also been careful to not disavow King because they don’t want to split their movement. They know they must tread with caution here.

But the revolutionaries have now discovered that there is no political will in the states and cities to defend historic monuments, and armed with this knowledge, King has given the dog whistle: Churches are the next target.

Many U.S. companies are now complicit in the destruction of the very system from which their shareholders, employees and society in general benefit. They are unwittingly funding their own demise.

In May, Amazon said it would donate $10 million to racial justice initiatives, including Black Lives Matter.

Microsoft and Intel also added Black Lives Matter to their list of charitable causes, and some of the largest and most well-known companies in America followed suit.

The cowardice and naivety that runs through the major companies is stunning. BLM is not just about defunding the police. This is about your company, or the company you hold stock in, being dismantled. Black Lives Matter is a bent on tearing down all existing social structures so society can be rebuilt in a new, more utopian vision.

Those who were around for the Maoist Cultural Revolution remember that it went on for 10 or more destructive years, destroying all remnants of capitalism and religion, and forcing people into reeducation camps.

Are we heading into a 10-year purge of America as we know it?

Perhaps. The Chinese coronavirus set the perfect stage for a new generation to look toward Marxism as a solution to all of America’s flaws.

Teen unemployment is at a record high. Of 16-to-19-year-old Americans, 30 percent were unemployed in May; the real number of bored, anxious teens is likely higher. Unemployment for 20-24-year-olds is over 23 percent.

Many of these young people, including those who have been educated by radicalized teachers and professors, are receiving generous unemployment bonus checks, while their state and local governments have laws prohibiting them from being evicted. The incentive for staying unemployed is good money right now and rioting in the streets gives young people a badly needed sense of purpose.

American companies fueling the revolution through their charitable donations, paying the mob to dismantle free enterprise and put in place a socialistic system, have misjudged this anarchy as a civil rights movement.

Welcome to the new reality, corporate cowards. This is a shakedown. The Left has invited you over for dinner and you’re bringing the wine. They just haven’t told you that you are the main course.

Will third time be a charm for Anchorage mask mandate? 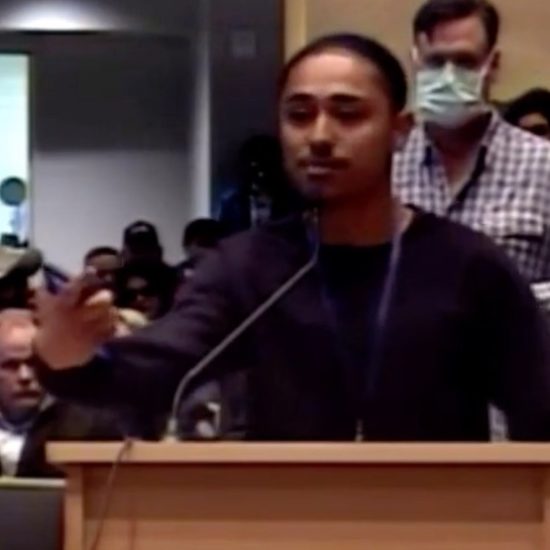 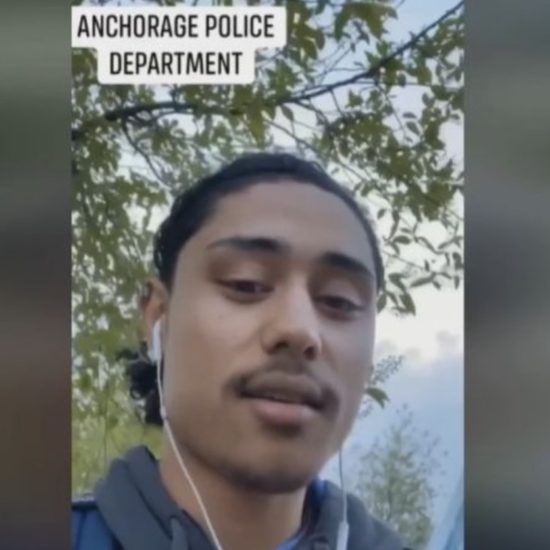