Local governments need to take a hard look at revenues 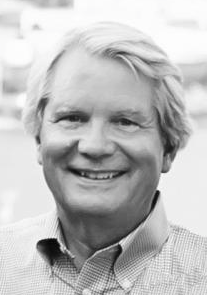 With the national election behind us, it’s again time to turn our attention to the local economy.

Trump may be conceding, but the pandemic will not be receding, at least anytime soon.  This will continue to work against a significant economic recovery in our state and community.

While Alaska might expect additional federal relief next year, nothing is guaranteed.  If it does materialize, additional compromise and time will likely be required to achieve it.

In Juneau, this year’s local municipal budget reflected a $3.1 million deficit (even while including over $10 million in federal Covid funding).  But city staff now projects a $9.9 million deficit, reducing the unrestricted general fund balance 45% to $12.2 million.

Juneau’s budget faces a worse picture in FY 22. Even with a projected $1.1 million property tax increase, their budget deficit is expected to balloon to $18.4 million, fully depleting its unrestricted fund balance and reducing the restricted budget reserve 45% to $7.4 million.

A deficit of this magnitude has severe implications for city finances.  In short, Juneau’s current municipal budget path has become unsustainable.

During this year’s budget deliberations, other than delaying some capital projects, options considered by the City and Borough of Juneau Assembly primarily centered around some variation of increasing sales taxes or property taxes. Thanks to CARES Act funding, neither was required.

Harder to understand, the Assembly is considering a $1.5 million grant to Sealaska Heritage Institute to subsidize its $14 million arts plaza under construction in downtown Juneau.

How much longer can the Juneau Assembly eat into savings for non-essentials while only looking to taxes as the solution to its deficit?

Another idea, largely ignored, is removing some of the 37 different sales tax exemptions currently in place – an action that would increase tax revenues – with minimal impact on most residents.  This has the advantage, unlike property taxes, of shifting some of the burden to visitors.

Some exemptions are not significant enough to warrant much consideration but one of the most unjustifiable exempts sales to or from certain non-profit entities.

While one can argue that exempting certain non-profits from paying sales taxes helps them and, thereby, benefits society generally, no such argument can be made for exempting retail purchases by Juneau residents and visitors when they shop at non-profit retail establishments.

Some non-profits operate businesses in Juneau that sell goods and services in direct competition with private sector businesses that have no such advantage.

In Juneau, the Sealaska Heritage Store, Discovery Southeast Glacier Gift Shop, Juneau Arts and Humanities Council, the state museum store, and DIPAC are examples of non-profit sellers that are not required to collect sales taxes on retail sales such as art, books, jewelry, souvenirs, tours and other tourism related goods.

This issue is especially relevant as the Juneau Assembly considers the aforementioned grant request from Sealaska Heritage Institute, also an operator of a for-profit retail store in downtown Juneau. Why should taxpayers subsidize the operation of a high-end store that competes directly with Juneau’s hard-hit private sector?

Ironically, a recently removed tax exemption for sales on cruise ships was justified as being “fair” since onboard cruise ship activities theoretically compete with local stores.

Past estimates by Juneau City and Borough of non-taxable sales by non-profit entities exceed $27 million annually. This exemption, then, essentially forfeits up to $1.35 million in sales tax each year if the bulk of sales are by 501(c)3 and 501(c)4 organizations currently exempted under the code.

Most cities and states do not have a similar exemption and have crafted ways to carve out exceptions for organizations like the Salvation Army, Girl Scouts, community sports leagues, etc.

While some municipalities in Alaska have taken a more conservative approach to their budgeting, Juneau is not among them. Given the uncertainty in how quickly the visitor industry and global oil demand will recover, caution is warranted in the months ahead.

Municipal governments cannot afford to leave any option off the table (including across-the-board pay cuts and employee furloughs) when dealing with current and future deficits.