Going to be a rough year

It is noteworthy that a Republican lawmaker from Fairbanks wants to double Alaska’s gasoline tax – currently the lowest in the nation – to 16 cents a gallon.

It also is worth noting that the $35 million such a levy is expected to bring the state is a drop in the proverbial bucket and will not do much to close Alaska’s $1.5 billion budget deficit.

We have, because Alaska’s deficit problem is so huge and complicated, and its resolution so potentially painful, entered the realm of nickel-and-dime taxes that will do little in the overall scheme of things to fix our fiscal mess. Sure, they will make it look as if the Legislature is doing something, but the reality is that it is not doing much.

Aside from tax sleight of hand, there are only a few ways out of the current budget mess: Sacrifice the Permanent Fund dividend to support government spending; enact broad-based taxes such as income and sales levies; cut government spending to match income; or, mix and match those in some fashion to make ends meet. None of those will be an easy choice.

When Gov. Mike Dunleavy last year took a meat ax to the budget to bring it close to Alaska’s revenue reality, the screaming and moaning from the Left and those addicted to government largesse triggered a recall effort that is ongoing. This year, the governor, warning that time is running out to fix the state’s fiscal mess, dropped the ball in the Legislature’s lap. So far, no action other than the fuel tax proposal.

The jig is up and the status simply cannot remain quo. With the state’s savings drawn down to a dangerous level after years of poor public policy decisions and living high on the hog, this year is a year of reckoning for Alaska. Unfortunately for lawmakers, it also is an election year.

They will have their work cut out for them in coming months. Before it is over, we suspect we will see which of them supports government – first and foremost over the interests of Alaskans.

It may not be pretty.

There’s that thumb on the scale of justice once again 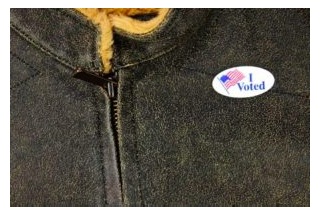