Final push: Sign-waving, polls, and the question about where voters are 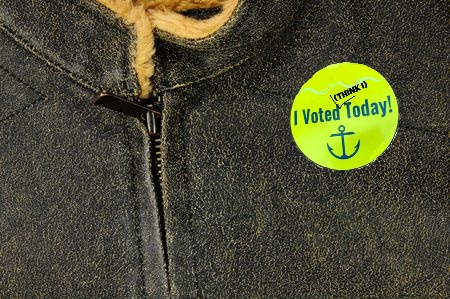 With just four days to go until the end of the Anchorage municipal election, campaigns are in the final frenzy of activity.

At the Dave Bronson campaign, volunteers were lining up to sign wave on Friday, while at the Mike Robbins campaign they’re on their second week of sign-waving.

“With so many good people undecided, name recognition seems to be the big issue,” said Brian Mentzer, campaign manager for Mike Robbins. “I think you are going to see a load of votes coming over the weekend and into the next week.”

Brice Wilbanks, campaign manager for Dave Bronson, said enthusiasm has been high with the Bronson for Mayor. The volunteers have numbered in the dozens and they have walked the neighborhoods and worked the phones for weeks.

Cale Green, manager of the Bill Evans campaign, said he doesn’t expect a big surge of voters at the end.

“If we continue to track, we’ll see a 58,000 voter turnout, which is higher than 2015 Demboski-Berkowitz race,” he said. Green said he is targeting super voters, and volunteers are knocking doors, making phone calls, sending out mailers, and he is targeting social media with the Evans message.

“We’re finally executing on all the plans we made for a very long period of time,” he said. His group will be sign-waving on Monday and Tuesday.

As for polls, Robbins released a poll showing he is ahead with likely Republican voters:

Bronson for Mayor also released a graphic with poll comparisons the campaign had compiled from late February to early March:

There are 14 individuals running for mayor of Anchorage. Ballots must be in drop boxes by 8 pm on April 6. Those planning to mail them must have ballots postmarked by the 6th, and at the Muni no later than April 10. Many prognosticators believe there will be a runoff, and it is scheduled for May 11.