FCC, DOJ, FTC were asked to block Musk purchase of Twitter; feds announce they will more closely monitor disinformation with a new governance board

The government is watching the evolution of Twitter into a free speech platform and making some plans of its own to curtail disinformation. Within 48 hours of the purchase of Twitter by Elon Musk, the Department of Homeland Security announced it is creating what the Biden Administration calls a “Disinformation Governance Board,” designed to fight disinformation and misinformation ahead of the 2022 midterm elections. Others are calling it a “ministry of truth.”

FCC Commissioner Brendan Carr responded to the institute’s request: “The FCC has zero authority to block Musk’s purchase of Twitter. And it is particularly frivolous to ask the agency to do so in the name of protecting free speech and open debate.”

The focus at the outset of the new Disinformation Governance Board project will be on what the government calls “irregular migration” (also known to regular Americans as illegal immigration) and Russia.

Heading up the governance board is Nina Jankowicz, who was a disinformation fellow at the Wilson Center. She previously advised the Ukrainian Foreign Ministry as part of the Fulbright Public Policy Fellowship and oversaw Russia and Belarus programs at the National Democratic Institute.

Jankowicz has a social media history of sharing misinformation and disinformation about former British spy Christopher Steele’s discredited dossier that led to the Durham report.

Jankowicz has also on social media distorted information about Hunter Biden’s missing laptop and his dealings in Ukraine.

In addition to the new “ministry of truth” board, the federal government is taking other steps relating to the internet. The State Department and White House’s National Security Council is launching on Friday a “Declaration for the Future of the Internet.” The virtual launch will be broadcast from the White House with more than 50 partners from around the world.

“The Declaration is a political commitment among partners to advance an affirmative vision for the Internet and digital technologies,” the State Department says. The launch will be livestreamed to the public on www.whitehouse.gov/live. Following the launch, the Declaration of the Future of the Internet will be posted at www.state.gov.

The document has goals of opposing discrimination based on gender identity, quashing state-sponsored cybercrime and disinformation, and condemning Internet outages that are meant to block access to information. Also, there are references to human rights, rule of law, child exploitation, and creating a safe internet that is free from “discrimination based on race, ethnicity, political beliefs, gender identity, and sexual orientation. Online safety should include forbidding gender-based attacks and child sexual exploitation,” according to a leaked draft of the document.

The declaration has gained traction in recent months as Russia and China threaten to disconnect from the internet. Signatories include the U.S., European Union, United Kingdom, Japan, Canada, and South Korea. Ukraine may also participate in the announcement.

The declaration is also supportive of the principles of net neutrality and opposes “misusing or abusing the Internet or algorithmic tools or techniques for unlawful surveillance, oppression, and repression that do not align with international human rights principles, including developing social scorecards or other mechanisms of domestic social control or pre-crime detention and arrest.” 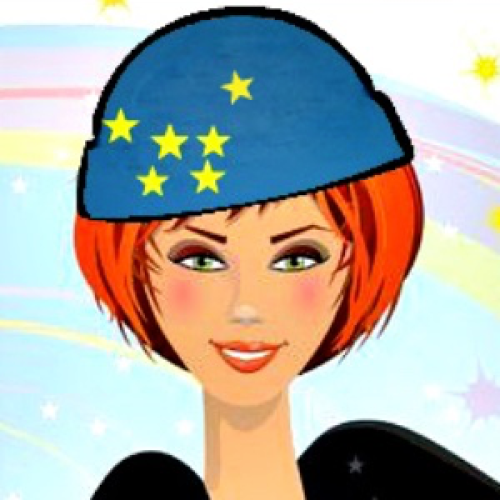 Suzanne Downing
Suzanne Downing had careers in business and journalism before serving as the Director of Faith and Community-based Initiatives for Florida Gov. Jeb Bush and returning to Alaska to serve as speechwriter for Gov. Sean Parnell. Born on the Oregon coast, she moved to Alaska in 1969.
RELATED ARTICLES
Politics

Stebbins store fire leaves one third of community without power

Stebbins store fire leaves one third of community without power

Anchorage Mayor Dave Bronson announced his budget vetoes to the...

Oath Keepers founder Stewart Rhodes and another leader of...

The controversial "Respect for Marriage Act," which is the...