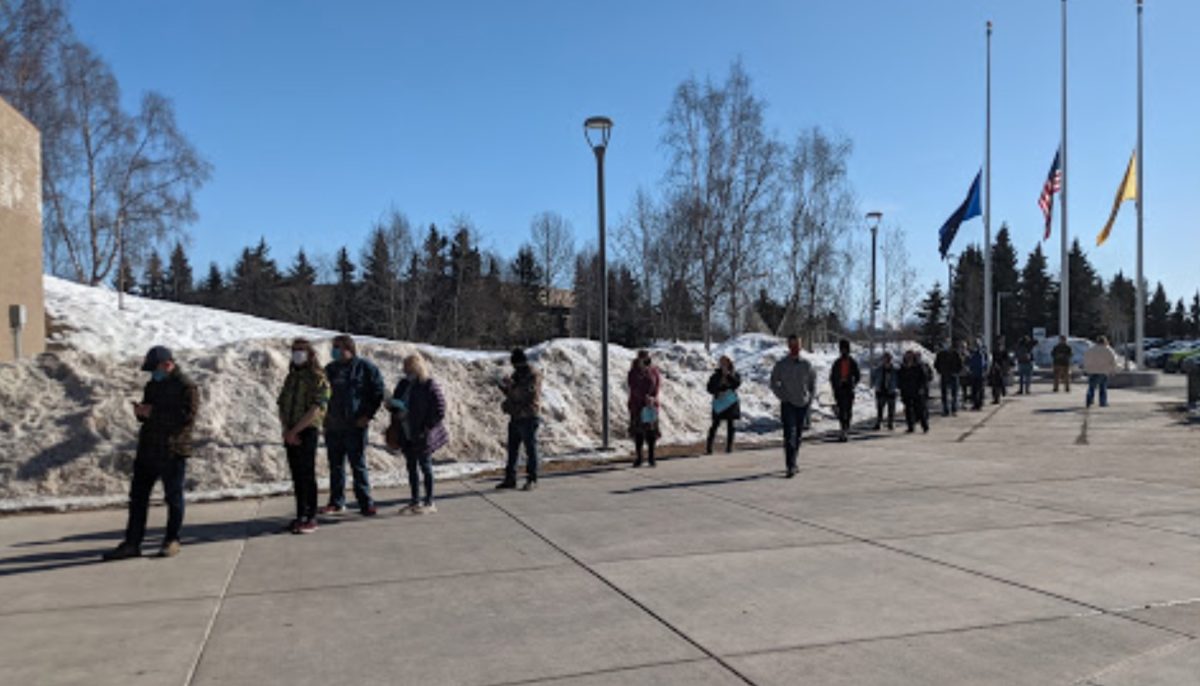 Over 100 voters were in line at the Loussac Library in Anchorage today, as people poured into vote before the 8 pm deadline. Some people reported they stood in line for an hour, although one person said they had been waiting for an hour and a half.

A few people left the Loussac and headed to City Hall downtown because the lines were shorter, only about six people deep.

At one point, workers at the election desks at the Loussac called for reinforcements from the municipal Election Division to help process voters faster. There were only about eight voting stations open, but just five of them were being used at any time because of the slow processing time.

As for who is voting, conservative voters were coming out in droves as of Monday’s count. Over 43,000 people had voted by Monday night and the Republican-leaning votes had a 8.1 percent advantage over Democrat-leaning votes, according to the Must Read Alaska Election Integrity Desk. In recent days, the conservative votes have roared ahead, according to our statistician.

Voters in Anchorage are choosing a new mayor out of 15 candidates, and are picking four school board members. Some voters in Anchorage will be deciding whether to kick Assemblyman Felix Rivera off the Assembly through a recall question. There are bond measures, too, to decide.

After the polls close, Must Read Alaska will continue reporting results with a live blog throughout the evening. Check back for more.

Muni blunders its way to the end of Election Day, hands out wrong sample ballot to dozens