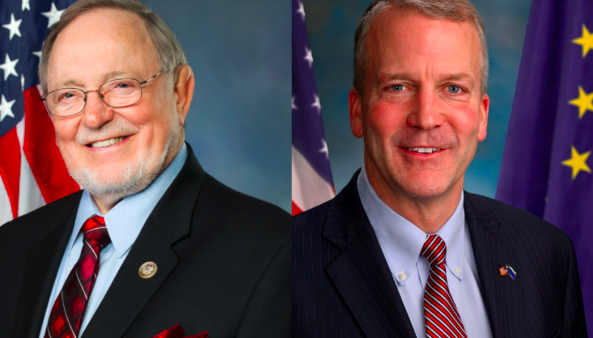 With 192,918 votes already counted before today, the Division of Elections counted more ballots from various districts in the state. This story will be updated.

Must Read Alaska has learned that over 95,000 votes remain to be counted.

The total ballots counted is now at 242,665, and the first numbers have been released to the Division of Elections website, with more on the way later tonight, Nov. 10.

Ballot Measure 1 is losing 61.58% to 38.42% with 234,848 votes counted. This is the measure that would increase taxes on oil. The proponents would need to get 75 of the remaining vote to win, and 25 percent of the remaining vote is Republican. The latest tranche of ballot counting broke 51-49 for the measure. The “no” team lost only 800 votes in tonight’s count. The 54,000 vote lead was eroded to the point where “the fat lady has sung.”

Ballot Measure 2 is losing 53.31% to 46.69% with 234,272 votes counted. This is the measure that would scramble Alaska elections into a ranked-choice system and jungle primary. This ballot measure could end up passing because there are a lot of votes still to be counted and it is doing better than some people expected. It’s still losing but among the votes counted today, 18% were “yes” votes. If it continues in this vein, Ballot Measure 2 will pass with 3,600 votes.

Of note, this is Sen. Sullivan’s first run for reelection. In 2014, he won against one-term incumbent Democrat Sen. Mark Begich, 48-46%.

Tonight she needs nearly 73 percent of the remaining ballots to win against the Dean of the House.

District 1: The race tightened up between Rep. Bart LeBon and Christopher Quist, now is 55-44%, but LeBon still is 700+ votes ahead.

District 4: Republican Keith Kurber vs. Democrat Rep. Grier Hopkins. Hopkins has flipped into the lead 52-47, with about 343 votes separating them.

District 15: Republican David Nelson leads Democrat Lyn Franks, 52-48, and is ahead by 146 votes in this low-turnout district.

District 16: Republican challenger Paul Bauer is now losing to Democrat Rep. Ivy Spohnholz; she is ahead 53-40, with a 978-vote lead.

District 23: Kathy Henslee, the Republican was leading Democrat Rep. Chris Tuck, but he is now ahead 48-43. Tuck is up by 313 votes.

District 27: Republican Rep. Lance Pruitt still has 61 percent. This district had no votes counted today, so is the same.

Biden's transition teams have strong Obama credentials, begin work with no Alaskans to be seen