Hal Smalley, a retired teacher and current Kenai Borough Assembly member, is using social media to try to get Republican Rep. Gary Knopp reelected to the Alaska House of Representatives.

That would normally be thought an odd move, since Smalley is a Democrat.

Knopp has been censured by the Alaska Republican Party and his district GOP activists have asked him to not run as a Republican again, after he helped engineer a coup in the House that gave Democrats control.

[Read: Knopp responds: ‘I am a Republican, will run as one]

Democrat activists have come out in force for Knopp, but Smalley is the first to openly request that Democrats change their voter registration to nonpartisan or undeclared, so that they may vote in the Republican primary and help Knopp beat challengers Ron Gillham and Kelly Wolfe.

Smalley, who was elected to serve as a House member in 1998, served just one term before being defeated by Republican Mike Chenault. He has run since, losing to both Republicans Kelly Wolfe and Kurt Olson. He has served on the Assembly Borough and on the Kenai City Council. His current term on the Borough Assembly ends in October.

The Democrats on the Kenai did not put forward a candidate for House District 30 this year, because Knopp has really met all of their needs. Last week they had a sign-waving event for Knopp, which oddly collided with a “Fire Knopp” event put on by the Republicans nearby.

The Republicans have endorsed Knopp’s primary challenger Gillham, who in 2018 ran against Sen. Peter Micciche and came closer than anyone would have predicted. Republicans in the party say they think Gillham has the temperament and will represent them better than Wolfe, who served just one term in the House.

Unlike Democrats, Republicans keep a semi-closed primary. Those who are registered with another party — be it Democrat, Libertarian or Alaska Independence — cannot vote in the Republican Primary.

Descent into depravity, as summer of love, lawlessness comes to Anchorage 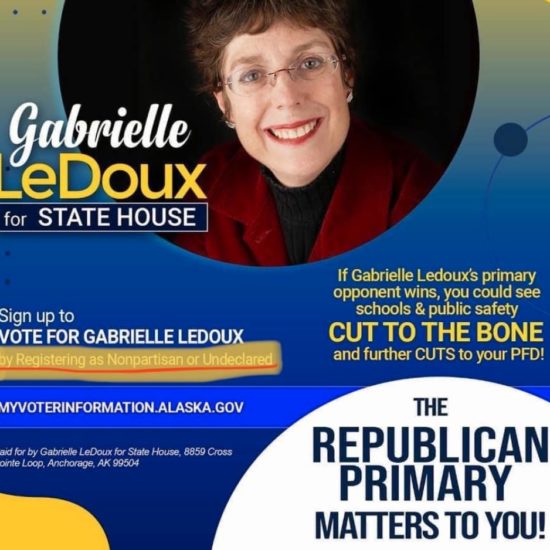