Anchorage is Exhibit A for an unfolding civil war 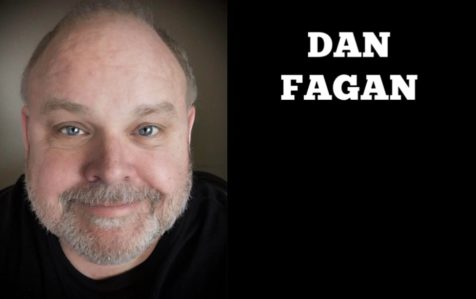 These are serious times. So serious, we’re at war. It’s a civil war. 155-years have passed since our last one. Our second civil war is well underway.

We’re divided as a nation between freedom-loving Americans and those willing to trade liberty for safety. Anchorage Mayor Ethan Berkowitz described perfectly what those of us who cherish freedom are up against.

“We can’t be free unless we are safe, “Berkowitz said recently in justifying his rigid, unflinching, and unforgiving lockdown of Anchorage businesses using COVID-19 as an excuse.

This battle we’re in with the likes of Berkowitz is similar to the Civil War of the 1860s. In the 1860s, Leftist Democrats were so anti-freedom they were willing to die on the battlefield for the cause of slavery. They dehumanized Africans just as they currently dehumanize babies whose only sin is living comfortably and peacefully in their mother’s womb.

Leftist Democrats like Berkowitz and most members of the Anchorage Assembly wholeheartedly endorse and support Planned Parenthood, a vile organization responsible for the slaughter of more babies than any other in America. Margret Sanger, the founder, openly talked about her desire to rid the nation of black babies. She even began what she described as “The Negro Project” designed to target black babies for abortion in poor neighborhoods.

Planned Parenthood clinics are today disproportionately placed in black neighborhoods. More black babies are killed in their mother’s womb than are born in New York City. Mission accomplished for Sanger and her Leftist Democrat enablers.

There’s no greater freedom than the right to live. If Berkowitz and the radical Leftists on the Assembly are willing to deny so many the freedom to exist, why would we be surprised at all the other freedoms they so callously take away? What won’t they do if they support the genocide of 50-million American babies? Denying a business owner the ability to make a living and feed their family is the least of their sins.

We also shouldn’t’ be shocked some Assembly members want to ban pastors and clergy the freedom to help teenagers desiring counseling for unwanted same-sex desires.  Or deny the freedom of the public to testify in person at Assembly meetings where they shove down our throats the most radical agenda in the history of Anchorage.

History has gone out of her way to grab us and shake us and get right in our face and scream: Can’t you see what Leftist Democrats like Berkowitz and some assembly members are all about by now? They are rabidly anti-freedom! The only example of anything a typical Leftist promotes and stands for that promotes freedom is an abortionist’s right to slaughter an innocent, defenseless, vulnerable child while they’re living in their mother’s womb. That’s it. On every other issue they want to centralize power and limit personal liberty.

But it’s not just history providing overwhelming evidence the Left will bring pain, destruction, tyranny, and death when given power. Look at present-day America and the disaster that is Democrat-run American cities.

Streets infested and overrun with drug addicts and drunk vagrants. Democrat-run cities are lawless, have high property taxes, bloated government, and an explosion of crime. Anchorage hasn’t quite yet deteriorated to the point of San Francisco, Los Angeles, Portland, or Chicago. But under Berkowitz, were catching up quickly.

Most of the Democrat-run cities that are disasters have been under the rule of Leftists for generations. Berkowitz and the current hard-left Assembly has only been in charge for five and a half years. And look at the damage they’ve done in such a short period of time! Can you imagine what Anchorage would be like if this crowd ran things for another ten years?

Anchorage has had Democrat mayors before. More recently Mark Begich. But Berkowitz and the crazies currently on the Assembly make Begich look like Mike Pence. Anchorage has never had such radical leadership as it does now. And the price for it has come with a heavy cost. The longer Berkowitz and his rubber stamp Assembly keep their boots on the neck of business owners, the greater the number that will remain closed forever.

Even if Anchorage wakes up and rejects Leftist ideologue candidates in the Spring of 2021, the damage has been done. It could take years before the economic carnage Berkowitz and the Assembly left behind can be repaired. Hopefully, the voters of Anchorage have learned their lesson.

Dan Fagan hosts a radio show weekday mornings from 5:30 to 8 am on Newsradio 650 KENI.