While there is no “Election Central” for the Anchorage Municipal Election that ends tonight, supporters of Christine Hill for Assembly and David Nees for School Board will be at the 907 Alehouse, starting at 7 pm to greet supporters and wait for election results to come in.

The Election Office started counting ballots at 10 am today, and will post the first count online tonight, at about 8:30-9 pm.

After that, election-watchers can call it a night, as updates won’t be done until Wednesday and will trickle in during the rest of the week. Ballots stamped by 11 pm tonight will be counted if they arrive at the Municipal Election Office by April 12.

As of Monday, about 40,500 Anchorage voters had cast a ballot in an election that determines five Assembly seats, two school board seats, and a host of taxes, including a controversial alcohol tax that is to help the homeless.

If it tracks similar to last year, another 10,00 will have come in by the deadline at 8 pm today. That means a turnout of about 50,000 voters, which tracks at what the turnout during the last non-mayoral election in 2017, which was 49,370.

That means the city is paying more for mail-in elections and may not be getting the turnout it hoped for.

The busiest site today was at the in-person voting site a the Loussac Library, where people were streaming in at about 200 per hour. It was a lot slower at Muldoon and the Anchorage School District voting site.

In-person voting was only available at limited locations today and those will be shut down at 8 pm. After that, voters can still get their ballots counted by taking them to the Airport Post Office before 11 pm, but you’ll need to make sure you get the postal worker to cancel the stamp on it in person.

As for areas turning out, Eagle River doubled its ballot turnout over the weekend, from 3,000 to about 6,000. Fairview and Mountain View have had weak turnout, as has East Anchorage, and South Anchorage is coming in strong for numbers of ballots turned in. 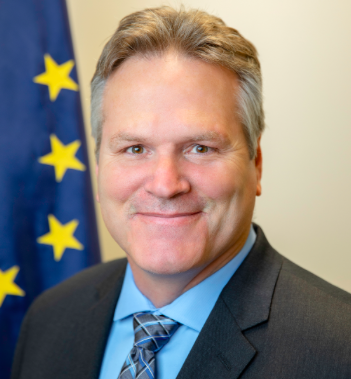 A $1,000 stimulus check from the state? Not happening