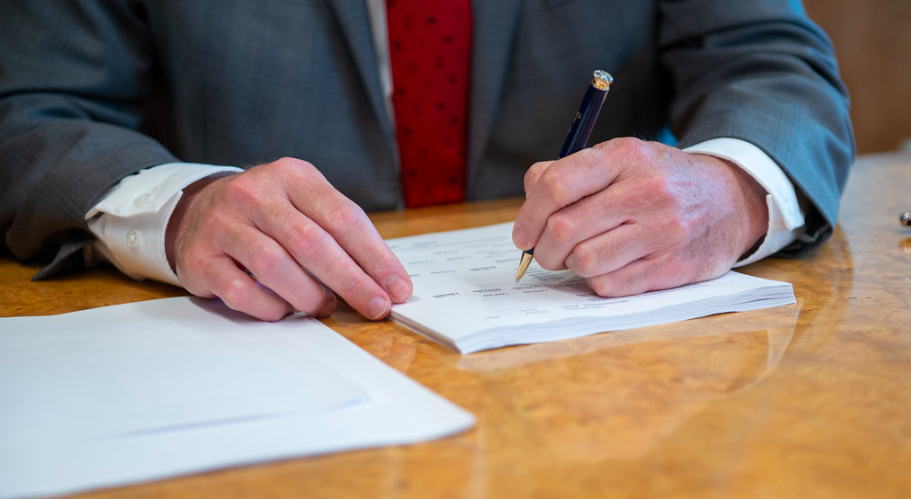 On what many think may be the eve of the signing of the the spending package known as HB 2001, the group that has started to try to recall the governor issued an advisory: They have exceeded the first threshold for a recall by acquiring 29,577 signatures.

The timing of the announcement is not accidental. It is intended to pressure Gov. Michael Dunleavy into not vetoing some programs from the current spending package that some call a supplemental Operating Budget.

Dunleavy has announced that the budget decisions have largely been made and will reflect most of his vetoes of the first operating budget, with a few tweaks.

In the past week, Dunleavy announced he will restore funding for Senior Benefits Program, Earning Learning (Head Start and similar), Alaska Legal Services Corporation, and a major compact with the University of Alaska System to step down state support over three years. The Recall Dunleavy group has taken credit for these add-backs to the budget, but insiders say the decisions were made weeks ago. The governor did not receive the budget from the Legislature until Aug. 7.

His final budget, counting undesignated general funds, is expected to have the largest budget cuts in Alaska history. No one knows when he will sign the spending package, but it could be as early as Friday.

The Recall Dunleavy group says it intends to continue to gather signatures at the Alaska State Fair through Sept. 2 before submitting them to the Division of Elections, mainly in order to send a message to the governor.

It took the group just two weeks to gather the signatures; they needed 28,577 in order to apply for an official recall petition from the Division.

If they get one — and that’s a decision the lieutenant governor must make — they’ll need to collect 71,252 signatures to get a recall election scheduled. The entire matter would likely end at the Alaska Supreme Court.

Gov. Michael Dunleavy has been in office for just nine months and is now at the beginning of his first fiscal year. The group seeking to unseat him via recall says he has violated Alaska law and acted incompetently.

But it may be that they pulled the trigger too soon on the recall, because a judge will no doubt look at the actions of the “person” of Michael Dunleavy, and also the sequence of events, including the highly dysfunctional legislature. A judge would also likely look at the actions of the recall group, which started the recall movement back in February, just after Dunleavy offered his budget to the Legislature and before his final budget was signed.

Here are the grounds given by the recall group, which must prove neglect of duties, incompetence, and/or lack of fitness:

A half PFD opens the door to further concessions