Is now the time for a new Juneau arts, cultural center?

As community debate continues how best to allocate Juneau’s sales tax dollars, there were necessarily some disappointed people when the City and Borough of Juneau Finance Committee made its final cuts two weeks ago.

Assuming voters renew Juneau’s 1 percent sales tax in October, nearly $47 million should be available over five years for needed projects around our community.

After ranking $120 million in potential requests, funding was limited to rehabilitation of drinking and waste water systems, and facility upgrades and maintenance at our airport, harbors and municipal buildings. Some funds were also allocated to promote affordable housing and recycling initiatives.

Left off the list was money for the new Juneau Arts and Culture Center building — one of the largest potential community projects proposed.

Estimated to cost $26 million, the arts and cultural center’s supporters had asked for $5 million to assist in construction. This is in addition to the $1 million the city had previously provided.

In their deliberations, Assembly members explored and ultimately nixed a staff recommendation to borrow an additional $10 million to allow room for more projects. Finally, a proposal to allocate $1.6 million to the new arts center by raising the hotel bed tax from 7 to 9 percent was debated and passed by a 6-3 vote. Voters will get the final say in October.

IS IT THE RIGHT TIME TO CONSIDER IT?

Arguably, raising this tax makes Juneau more expensive to visit — running counter to ongoing efforts to make the capital more affordable and accessible. While Juneau’s current bed tax is less than Anchorage and Fairbanks, increasing it 2 percent on top of the 5 percent sales tax would result in total taxes of 14 percent on visitor accommodations — one of the highest in the state.

The new arts center, in the planning and design stage for four years, would be a state-of-the-art, 37,000-square-foot facility providing shared event, performance, education and gallery space for Juneau’s arts and cultural community.

To their credit, project sponsors have provided Juneau residents with an extensive outreach effort and professionally prepared presentations to achieve their ambitious fundraising plan.

Despite this, the project to date has only raised about 20 percent of its goal.

Some supporters believe the project has hit a wall with fundraising. Government and oil company cutbacks have impacted nonprofits throughout the state and there is intense competition for fewer dollars.

The arts center board, largely disconnected from the business community, is faced with the uncomfortable task of soliciting donations and support from many industries, companies and organizations promoting or dependent upon economic development that is rarely supported in return.

Juneau Arts and Cultural Center spokespeople have avoided discussing parking issues in the Willoughby District and they remain unresolved. The proposed facility would remove 50 parking spaces and need many more to comply with city parking requirements. City officials have estimated $8 million would be needed as “seed money” for a parking project sufficient to meet future demands. A funding source for this has yet to be identified.

How would the project impact currently operating community facilities?  Proponents say it wouldn’t compete with Centennial Hall and the high school auditorium — two event venues that rely on city funding. Centennial Hall currently loses over $600,000 annually and is persistently underutilized. But a new arts and cultural center would likely benefit by hosting existing Juneau events that would only deepen taxpayer subsidies.

WHERE DO WE GO FROM HERE?

Some community leaders are exploring alternatives. One possibility being suggested is for the city to enter into a public-private partnership allowing the Juneau Arts and Humanities Council to manage Centennial Hall.

Centennial Hall is now under city Parks and Recreation management and many believe that to be a poor fit, at best. Juneau Arts and Humanities Council has demonstrated efficiency and expertise in managing and promoting events and this would allow cost savings to the city and coordination — not competition — among various facilities.

Once operations are stabilized, plans to demolish the existing arts and cultural center building for needed additional parking would be coupled with a major renovation and addition to Centennial Hall that would include a large theater and other cultural amenities.

Obviously, many details about operating responsibilities need to be worked out but the advantages are considerable. The Juneau Assembly recently dedicated $4.5 million for upgrades and renovation of Centennial Hall. Combining that with other funding would help ease the transition of Centennial Hall to a multi-use facility that would eventually include the Arts and Culture Center. The standalone project and fundraising could be scaled back since funding to accomplish this would be far less than a new facility, as currently envisioned by supporters.

This seems like a more pragmatic and achievable concept that most in Juneau can support and still results in significant enhancements for the arts and culture community.

Hoffbeck out: Revenue commissioner heads for the exit 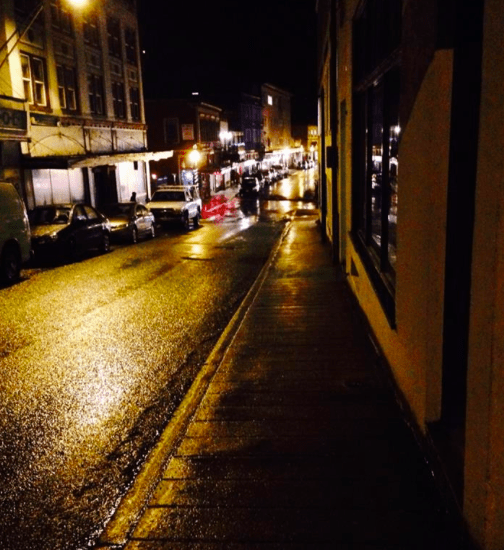 Legislators running out the clock