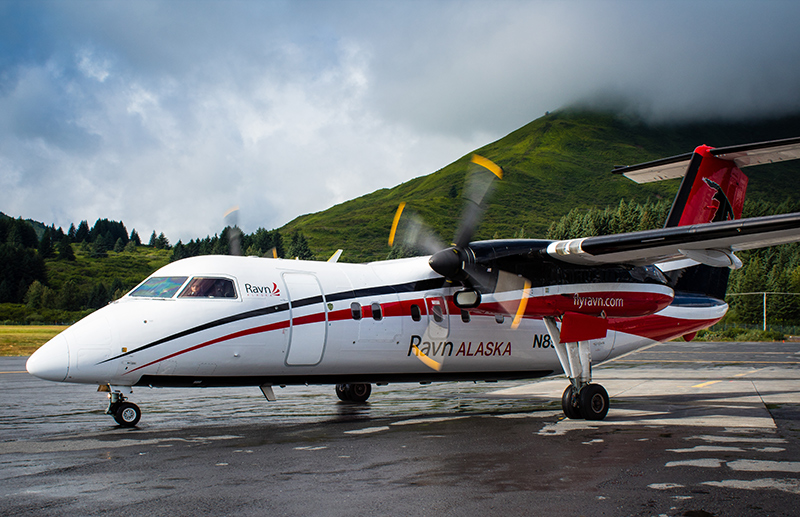 RavnAir Group, which had last week grounded 90 percent of its fleet, has cancelled all remaining service, saying the economic fallout from the COVID-19 pandemic led to the decision.

In a memo Sunday, it announced that all three of its airlines — PenAir, RavenAir Alaska, and RavnAir Connect — are grounded “for the time being.”

The company parked its 72 aircraft, stopped operations, and temporarily laid off all remaining staff until the company is in a position to cover the “costs of rehiring, resuming flights, and operating to the many communities it serve throughout the state.”

The company says it has “hit pause” to see if it can qualify for the federal CARES Act grant for emergency disaster funding, with the hopes of restarting operations.

In a statement, Ravn said it was in contact with the CEOs from other air carriers around the state since it originally grounded 90 percent of the Ravn fleet, and will work with them to serve the rural communities.

But in the meantime, the largest seafood port in the nation, Dutch Harbor, and neighboring community Unalaska are without passenger service. Mail service continues under a contract with Grant Aviation.

Typically, flights have gone in and out of the Dutch Harbor/Unalaska airport on a daily basis with seafood industry workers. On Saturday, MRAK reported that Ravn had decided to keep its Unalaska route, but fly it only three days a week. Today’s announcement supersedes that announcement.

Unalaska is 800 miles southwest of Anchorage, and is the commercial center for the North Pacific and Bering Sea fisheries.

Another 14 cases, 1 more COVID-19 death, and rural Arctic Alaska gets a scare