WHILE WAITING FOR THEIR COURT DATES, PLAYING WITH STOLEN GUNS

Shane Muse and Crystal Tui are back in the slammer after being released while waiting for court dates for previous felony charges.

Muse is the classic catch-and-release criminal who can’t keep his fingers off of others’ property.

Tui just can’t seem to stay away from Muse, and she has her own property-respect issues. On Saturday, Muse was arrested  on the 5400 block of East 26th Ave., Anchorage, for threatening his pretrial enforcement officers. He had a stolen gun on him. This was Muse’s fourth felony in Alaska, but he has a list of priors in Hawaii.

The gun that Muse had? He said Tui had given it to him. Neither of them are allowed to be in possession of guns.

[Read: Catch-and-release criminal back on the street]

Here’s how police described the scenario: On June 9, pretrial officers found Muse, who was believed to have violated his conditions of release. They began to cuff him and Muse began to fight. Officers noticed that Muse kept reaching into his pocket. Officers found a gun in that pocket. During the struggle with Muse, one of the officers was cut on the leg.

25-year-old Crystal A. Tui was with Muse at the time of the incident.  According to conditions of her probation, Tui is not to have contact with Muse. Tui admitted she had provided Muse with the stolen gun. Tui was booked on charges of misconduct involving a weapon III, theft II, and probation violation.

The handgun Muse had on him at the time of his June 9 arrest was reported as stolen on May 21 from an unlocked vehicle in the 10100 block of Hillcrest Lane in Eagle River.

In March, officers came upon  Muse and Tui in a stolen SUV. Tui, who was the driver, and Muse were taken into custody and a stolen handgun was found in the vehicle under the seat where Muse was sitting. Shots were fired as police tried to take Muse into custody.

A third catch-and-release street thug, Moataa Ifopo, was also rounded up in the process — he just happened to be nearby on a stolen motorcycle; he, too, is waiting for a court date for prior car-theft mayhem.

Just prior to busting Muse, pretrial officers saw Muse walking up to a man on a motorcycle. That man was 21-year-old Ifopo, who was wanted for violating conditions of release.  Police discovered the motorcycle had been reported as stolen on Sept. 10, 2017 from a home on Birch Knoll Loop.  Ifopo was taken into custody and was jailed on charges of vehicle theft I and violations of conditions of release.

Ifopo has a long rap sheet for a 21-year-old, but he was out on the streets awaiting trial for a May 2 incident where he wrecked three cars and damaged a fourth one, and injured other drivers as he tried to evade police.

Ifopo was driving a stolen Chevy Tahoe when police tried to stop him. As Ifopo sped off,  he crashed into three vehicles, and damaged a fourth one with flying debris from the other three on Mountain View Drive near the Bragaw intersection. Eventually, Ifopo and his passenger fled the vehicle and ran off, but police set up a perimeter and brought in a K9 officer. The two were arrested hiding in a snow bank.

When apprehended on May 2, Ifopo had an outstanding warrant for failure-to-appear on another charge of vehicle theft.

Last weekend, when he was apprehended, he also had another failure-to-appear warrant for his arrest.

Masterpiece Cakeshop decision: Not as narrow as you might think

Dan Smith: Done with our Anchorage Assembly trial subscription to tyranny and socialism, and am ready to cancel it

Do unvaccinated get substandard treatment in hospitals? One man says yes 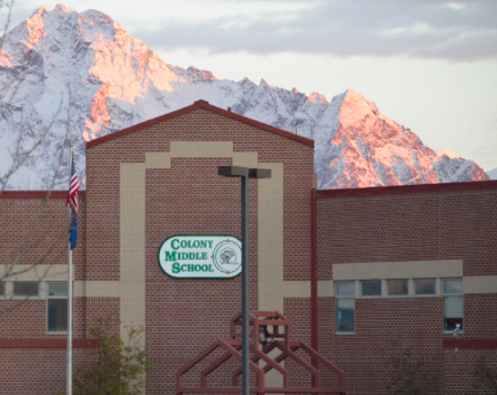 Murray Walsh: How to save the planet without going nuts, with emission-free energy system