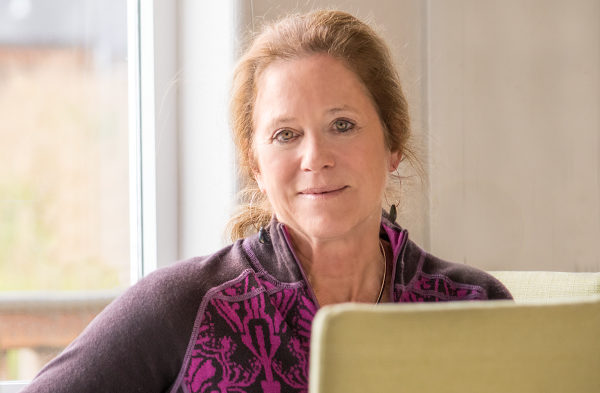 JUNEAU, ALASKA – Al Gross, an orthopedic surgeon from the rainy capital city, has been running for U.S. Senate since last year, self-funding his race with over $1 million early in the election cycle.

He had the money, having worked in Alaska as a surgeon for years. Juneau is a town where surgeons can charge what they want, and the State of Alaska health insurance plan pays. It’s a lucrative living. Gross’ fortune and penchant for tall tales have launched him further politically than his small-town roots might have predicted.

This year liberal operatives around the country have decided his race against Alaska U.S. Sen. Dan Sullivan, the Republican, is competitive.

It doesn’t look competitive on paper: During the Alaska primary, Sullivan won 65,257 votes to Gross’ 50,047 votes, in an election that saw a 19.5 percent voter turnout.

Sullivan is well-liked by the conservative voters and the business community, and he’s also a U.S. Marine, earning the respect of military families, all of whom tend to turn out higher during general elections in presidential election years. They’ll come out in November, and they’ll vote for the Marine who served in Afghanistan, rather than the liberal doctor who went to the private Phillips Academy Andover, and Amherst College, and who LARPs at being an independent.

The calculation for Gross also does not look good when compared to 2014, when Democrat Sen. Mark Begich got over 58,000 votes in the primary. Gross is nearly 14 percent below that number in his primary this year, and he faced no real competition.

Why have East Coast groups like the Lincoln Project targeted this supposedly safe Alaska Republican seat?

Call it the “Palin effect.” Al Gross is the Democrats’ Sarah Palin, an empty vessel into which all kinds of fantastical, romantic notions of Alaska are poured and fed to the head-nodding mainstream media and willing donors.

Those liberal donors have been enchanted by Gross’ “killed a grizzly” story; and his marketing team has used his fishing boat as a prop to great success.

Gross is just the kind of Alaskan who Americans love. The story of being a doctor-fisherman appeals to city folks with fat wallets and a longing for the larger-than-life experience of Alaskans. He is the mythical creature conjured up by consultants who know what buttons to push on the donors.

Palin, of course, was marketed to American conservatives in much the same way: The beautiful, Alaska-born, moose-hunting mama with a quick wit and a gift for public speaking. She spoke to people’s values and she minced no words. The pencil skirts and stilettos were a plus. Millions of Americans voted for Sarah Palin.

“If Sarah Palin could do this to a moose, think of what she can do to a donkey,” the t-shirt read in 2008. It was irresistible.

But this year, even Newsweek found the campaign ads for Gross a bit incredulous, labeling them a “mix between a reality T.V. commercial and Dos Equis’ ‘Most Interesting Man in the World.'”

Gross says he was born in the “wake of an avalanche” and killed a grizzly in self-defense, prospected for gold, and then he promised donors they might win the prize of joining him for an Alaskan adventure, if they were the lucky number.

Gross had a choice. He chose not to run as a Democrat, because that’s increasingly a bad label in Alaska, where Democrats and now the false-flag independents are held in lower regard. The Democrats have endorsed him, however, and that means the state party and the Democrat National Campaign Committee are on board and won’t support any other Democrat on the ticket.

“Alaska allows Independents in the Democratic Primary, and I suppose because people believe I’m a strong candidate, Alaska Democrats have chosen not to field a candidate against me, to endorse me and when I win I will caucus with the Democrats because Democrats seem the most interested in promoting policies geared toward economic development in Alaska,” he told a reporter.

It is one of countless grass-roots fundraising groups pouring cash and energy into potential swing races across the country this election cycle, Meagan Flynn wrote in The Washington Post. The group’s leader Lisa Herrick explained that the group usually targets local and state candidates, and that Gross is the only congressional candidate that 31st Street is supporting this year.

During a Zoom fundraising call last month that raised $118,000 for Gross, liberal check-writers from all over America heard from the fisherman doctor, and from a Native staff member who wove the scene for them of rural Alaska, where her people rule the very blue ballot. She sealed the deal as the group exceeded its fundraising goal by 18 percent.

The myth-making has been a strategic success for fundraising, but in Alaska the bear stories feel cheap, and even people in his home town of Juneau chuckle into their sleeves when he says he was born in the wake of an avalanche. Locals here know far too much about his family history; his father, Avrum Gross, was a swashbuckling Democrat attorney general who had many proclivities that the mainstream media refuses to probe.

Al Gross will get their vote in the capital city, where Democrats rule the roost. It’s a government town and he’s their man, even if he makes the inappropriate “toxic masculinity” comments in his ads about having the “cojones” to do the job. All is forgiven for the stealth Democrat in a town ruled by Democrats.

But in the Railbelt, where private sector jobs are more common and where people actually have to work hard for a living, Gross is going to be a tough sell, as evidenced by his weaker-than-expected performance in the primary. The Railbelt will come out for Trump, and they’ll vote for Sullivan.

Of course, this is Alaska politics, and no one can say with certainty how much things will change in 50 days and these are strange days, indeed. We do know this much: Candidates from Southeast Alaska rarely do well on the statewide political stage. And by rarely, we really mean never in Alaska history have they succeeded for U.S. House or Senate.