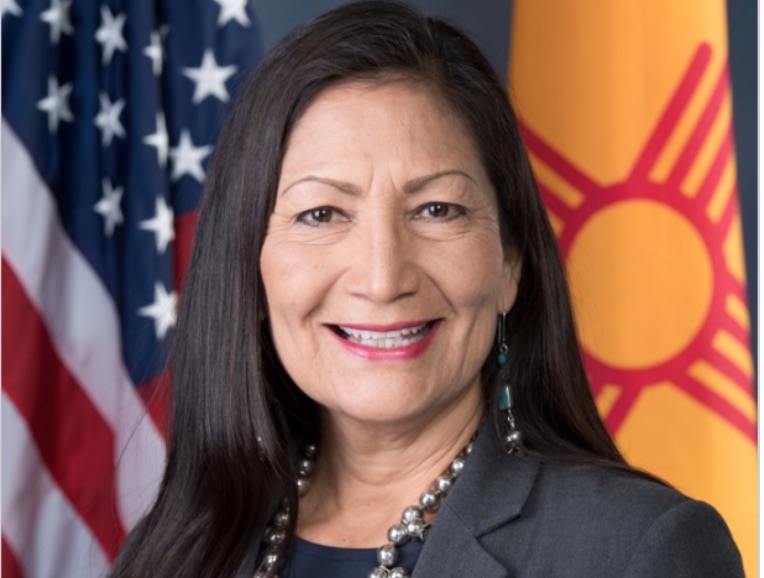 In spite of a record of radicalism, Rep. Deb Haaland of New Mexico advanced out of the Senate Energy and Natural Resources Committee and toward a full Senate vote to become the new Department of Interior secretary under Joe Biden.

Her confirmation seems all the more likely because Alaska Sen. Lisa Murkowski voted in favor of her confirmation. Murkowski was the only Republican on the Committee to support Haaland, in an 11-9 vote.

Sen. Susan Collins of Maine, another moderate Republican, has said she will vote to confirm the anti-oil nominee when her name reaches the Senate floor for the final vote.

Murkowski is the immediate past-chair of the committee, and expressed that she had “some real misgivings” about Haaland, but then said she would trust Haaland would be true to her word in saying she would work with Alaskans.

Murkowski cast the deciding vote, but only after saying, “I will hold you to your commitments.’ Quite honestly. we need you to be a success.”

But holding Haaland true to her commitments is a knife that cuts both ways. Haaland is wedded to a radical environmentalist agenda and an agency now populated by environmental activists, climate change warriors, and Democrat campaign operatives at every level under the Biden Administration.

Murkowski issued a statement after her pivotal vote to place Haaland at the head of the agency that holds Alaska’s future in its hands:

“Alaska’s prosperity is directly linked to decisions made by Interior – whether through their trust responsibilities, their authority over responsible resource development, or their monitoring of hazards and other threats.

“I’ve had two separate meetings with Representative Haaland that lasted for more than an hour each.  I participated in both days of her nomination hearing, asking many questions, and have reviewed the answers she provided to all of our members. I’ve also spent considerable time listening to Alaskans’ views on her nomination. They are paying attention to this nomination.

“I’ve heard two sentiments over and over again. The first is that many Alaskans – Alaska Natives in particular – are enormously proud to have a Native American nominated to this position. It is truly a historic nomination and they believe Alaska Native issues can be elevated to one of the highest levels of government.

“The second concern that I’m hearing is that many Alaskans are concerned about the agendas Representative Haaland will seek to implement on her own and on behalf of the White House. They are concerned by her opposition to resource development on public lands, including her opposition to key projects in Alaska and her questioning of the vital role that Alaska Native Corporations serve in our communities.

“Weighing on top of that is my experience from the Obama administration, when I voted for a Secretary who promised to be a good partner for Alaska, but proved to be anything but that after confirmation.

“So I struggled with this vote.  How to reconcile a historic nomination with my concerns about an individual’s – and an administration’s – conception of what Alaska’s future should be.

“I believe Representative Haaland’s heart is there for Native peoples and all who treasure our public lands. I don’t believe that is the extent of Interior’s mission, but she has also told us that she recognizes that if confirmed, she will be serving in a different capacity. She told me that she knows she will need to represent every Alaskan, including those who know how to responsibly develop our lands. And she committed to me that she will ‘make sure that we are doing all we can to ensure that your constituents have the opportunities that they need.’

“Given the early days of this administration, I have my doubts about whether that will be the case. But I have decided to support this nomination today, to support the first Native American who would hold this position, and with the expectation that Representative Haaland will be true to her word—not just on matters relating to Native peoples, but also responsible resource development and every other issue.

“I also fully anticipate that she will have a strong management team in place with people who understand the value of resource development from public lands. She needs this—we need this—within the Department of Interior.

“I am going to place my trust in Representative Haaland and her team, despite some very real misgivings.  And Representative Haaland, if you are listening, know that I intend to work with you because I want you to be successful and need you to be successful, but I am also going to hold you to your commitments to ensure that Alaska is allowed to prosper.”