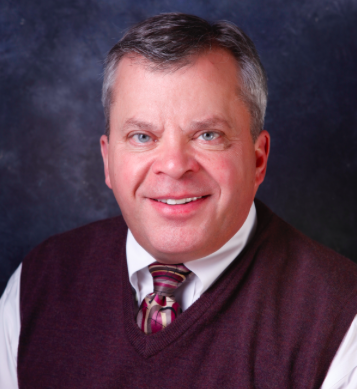 The Bond Buyer is a serious publication that only the elite financial world reads; a subscription costs a minimum of $3,420 per year and is aimed at the serious investor.

Those serious investors were provided a story last week in which Tim Navarre, the president of the Alaska Municipal League, told the publication that Gov. Michael Dunleavy’s budget cut was so severe, that Alaska municipalities would absolutely default on their debts.

That’s because the 2020 budget proposal stops paying for debt chalked up by local governments.

“The funding shift is so severe at the local level that if the budget passes as proposed, there is no question that some municipalities would default on their bonds,”  Navarre told The Bond Buyer reporter.

The Alaska Municipal League represents 165 cities and boroughs in Alaska with a mission of being the “unified voice of Alaska’s local governments to successfully influence state and federal decision making,” and to “build consensus and partnerships to address Alaska’s Challenges.”

The article by Keeley Webster was published March 7, and primarily it addresses the recent Fitch Ratings warning of credit rating downgrades for municipalities across the state, if the state pulls its funding from the school bond debt reimbursement program.

Although boroughs are responsible for making bond payments on most school districts’ bonds, the state pays about 60 percent of those new school bonds. It’s by tradition, however.  These bond debt reimbursements have always been subject to annual appropriation.

The amount of debt service the Anchorage School District would lose under the proposal is $40 million, as well as $110 million of the state’s contribution to its operating budget.

The Anchorage School District had $259 million of general obligation bonds currently outstanding; those it will pay over the next five years.

During the current municipal election that ends April 2, the school district has bonds worth another $59 million it’s asking voters to approve.

Anchorage and the Mat-Su Borough are the school districts most affected by the budget decision, according to the story, because they have hundreds of millions of dollars they owe. Taxes would go up, and if ratings agencies perceive risks, the cost of borrowing would go up, too.

However, the municipalities have many options with their bonds. Voters could turn down the current $59 million request. And both the district and the muni’s could actually consider belt-tightening, like the state is trying to do.

Navarre, whose brother was one of Gov. Bill Walker’s commissioners, seems to be saying that local governments have become so dependent on state subsidies that they cannot exist on their own without defaulting on bonds.

It was a deeply irresponsible interview, for the head of the Alaska Municipal League to be undermining the perceived creditworthiness of his members and thereby driving up their borrowing costs. In an effort to take a potshot at the Dunleavy Administration, he instead shot his own members in the foot.

Moreover, Navarre reveals a misunderstanding of the budget process. The Administration simply proposes a budget; it is the legislature who, after lengthy hearings and deliberation, actually passes a budget. Navarre is getting way out ahead of his skiis if he thinks the governor’s budget proposal will be enacted as submitted. It will not. In the meantime, he may have spooked the municipal bond markets at a crucial moment.

It will be interesting to see what the Alaska Municipal Bond Bank has to say about Navarre’s take on the helplessness of municipalities.

History: Remember when the ferries had waiters in white jackets?

Report to readers: 11,000 comments and counting