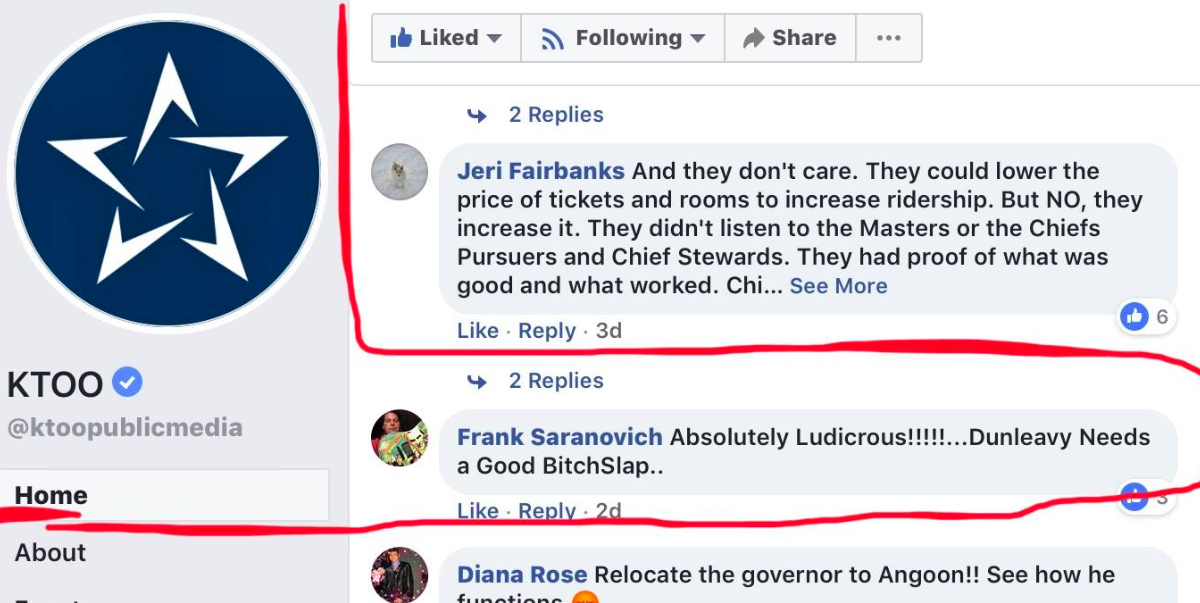 On public radio’s KTOO, the story about the Dunleavy Administration cuts to the Alaska Marine Highway System were not well received by some readers.

In fact, some of the comments on the organization’s Facebook page teeters on the edge of a threat of physical violence against the governor, which is a felony. One in particular stood out, shown above;  the person who allegedly authored it has a history with the court system that includes being accused of domestic violence. He might be hearing from State Troopers, and the station may also.

News purveyors have a difficult time keeping up with some of the inappropriate comments that are found in response to their stories. Coarse language and threats can often by found deep in the threads of various discussions, requiring a lot of reading that nobody is being paid to do.

But KTOO was made aware of the “BitchSlap” comment three days ago, and it has remained published. We also caught these choice comments from the angry Left:

Trump has Anchorage stopover on Thursday