MAYOR WINS ROUND AGAINST COMPETITORS

The Anchorage Superior Court has ordered Kriner’s Diner to close in compliance with the mayor’s Emergency Order 15, and must not provide or facilitate any inside dining in the establishment at the corner of C Street and Fireweed Way.

Ruth Botstein, attorney for Mayor Ethan Berkowitz, said that the owners of Kriner’s Diner willfully and flagrantly stayed open even after the Berkowitz Administration taped a stop work order on the building and filed a lawsuit against the restaurant. Judge Eric Aarseth agreed, saying the mayor is within his rights to order all restaurants to close their indoor dining.

The attorney argued that Kriner’s could set up an outdoor seating area and that the owners have both political and economic remedies available to them.

She did not mention, nor did the Kriner’s lawyer point out, that other restaurants have not been able to set up outdoor seating because the Muni requires them to submit architectural drawings and post a bond, a process that is onerous and possibly will not be worth the return on investment.

Quackenbush argued that a reuben sandwich is not something that is a take-out item, and that C Street is not a place where one can establish outdoor dining, due to the busy intersection and high speeds.

He argued that the Muni has not established any correlation between this restaurant and the spread of COVID-19. He also said that the owners of Kriner’s Diner have the right to seek employment and that the constitution protects their right to economic liberty, the ability to enjoy the fruits of their own industry.

But the judge was not convinced. He said while the constitutional questions and the matter of fairness were being argued, the diner must close for the next 10 days because the Assembly has given the mayor vast powers during the COVID-19 emergency, and the mayor has issued an order that has the force of law, an argument the mayor has been making on talk shows friendly to his viewpoint.

Anchorage had 29 cases of the coronavirus newly diagnosed in the past 24 hours, about the same number as in mid-July. Many of the cases involved in the recent spikes have involved seafood workers at processing plants, but those were not closed by the mayor.

Judge Aarseth was particularly concerned that if Kriner’s Diner was allowed to operate, it would mean all other restaurants would follow suit, something he said was not good for the public health. About four restaurants had opened in support of Kriner’s — Wings and Things, Little Dipper Diner, Judy’s, and Jackie’s Place.

The code enforcers have been out and about slapping stop-work orders on restaurants and levying $600 a day fines.

The court system is closed and there have been no jury trials since March, and will not be any jury trials until November.

Muni looks to shut off power to Kriner's Diner? 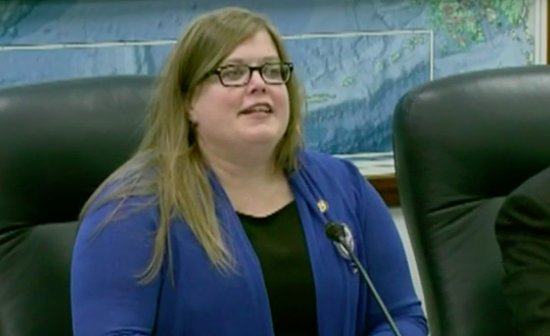 Campbell: It’s time to flip the school board