The idea of imposing a cap on the number of cruise ships and visitors allowed in Juneau has once again been raised.  The concept was last seriously discussed when Juneau hosted around 500,000 cruise ship visitors.  This past summer season 1.3 million cruise visitors were served – certainly a healthy increase.

While there are impacts from cruise ships, the economic benefits are substantial. Cruise visitors spend over $200 million annually in Juneau and Juneau’s municipal budget gains $25 million yearly directly through sales taxes (that can be spent on anything from schools to streets) as well as passenger and port fees.

Despite assertions 20 years ago that further tourism growth in Juneau was unsustainable, impacts as evidenced by resident complaints have substantially decreased in the interim.  Prior to 2000, complaints to the tourism hotline routinely exceeded 250 calls over the course of the visitor season.  In the last 10 years, total hotline calls have averaged only 50 calls per season – a 90% decrease – an average of 10 calls per month.

This dramatic improvement in managing impacts is attributable to the cooperative efforts of Juneau tour operators, cruise lines, transportation providers and the City and Borough of Juneau (CBJ).  Begun in 1997, a program called Tourism Best Management Practices (TBMP), was established to minimize the impacts of tourism.

Since then, TMBP has formed partnerships with the U.S.  Forest Service, National Oceanic and Atmospheric Administration, and the National Park Service. If anything, it’s become a model for other cruise ports – especially in SE Alaska – where a half dozen other communities are considering establishing similar programs.

The legal and logistical obstacles in promulgating and enforcing a limit on cruise visitors is a significant concern.  Would we try to limit the small “niche” cruises or just the big ships?  Which ones? And whose grandmother will be denied a once-in-a-lifetime cruise to Alaska?

Furthermore, at the very time Juneau has successfully resolved a contentious lawsuit and re-established a working relationship with the cruise industry, this effort will undermine cooperative efforts going forward.

It should be noted that while the impacts of Juneau cruise ship visitors are spread over 32,000 residents, our neighboring town of Hoonah with its 760 residents hosted 138 ships carrying 250,000 cruise visitors – almost eight times the Juneau per capita visitation.

The impacts can be managed. The question is how.

Imposing a cap is akin to using a sledgehammer when a flyswatter will suffice.  The TMBP program has identified several areas for continuing improvement this year, including impacts of whale-watching and traffic congestion.  Doesn’t it make more sense to mitigate specific identified impacts instead of penalizing every business and family in Juneau whose livelihoods depend on cruise visitor spending?

The irony should not be lost on us that many amenities Juneau residents enjoy are directly attributable to the growth in the cruise industry – such as the seawalk, improved downtown streets, expansive docks, downtown parks, and improved harbor facilities and parking.

Dozens of small businesspeople in Juneau have invested their life savings and sweat equity to establish restaurants, breweries, food trucks, and gift stores, many of which wouldn’t be open year-round if not for the influx of summer visitors.

Despite TMBP’s successes, it will never be able to totally eliminate all impacts to all residents. For most of us, this is the trade-off we make in order to sustain a vital component of our economy that provides so much to our community.

That’s not to say we shouldn’t always be looking for better ways to manage growth.  We all need to recognize the challenges and we shouldn’t be afraid to talk about how best to manage tourism impacts. Towards that end, Mayor Weldon has established a task force to determine whether the city’s current approach to managing tourism is effective.

No doubt, the controversial topic of limiting the number of cruise ship visitors will be discussed.

But the path forward lies not in ending the successful TBMP program but continuing to improve it.  That should be the focus of the Mayor’s Task Force in the months ahead.

John Coghill files for his Senate Seat B, Fairbanks

What else is in that ML&P, Chugach sales agreement?

Democrats and the Second Law of Thermodynamics

‘We don’t like it’ becomes legal argument to recall 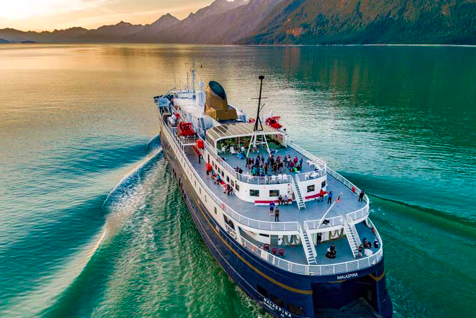 Sen. Giessel gives vision of next session in front of resource crowd 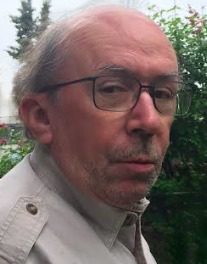