In ‘Forrer’ decision, Alaska Supreme Court gets it right 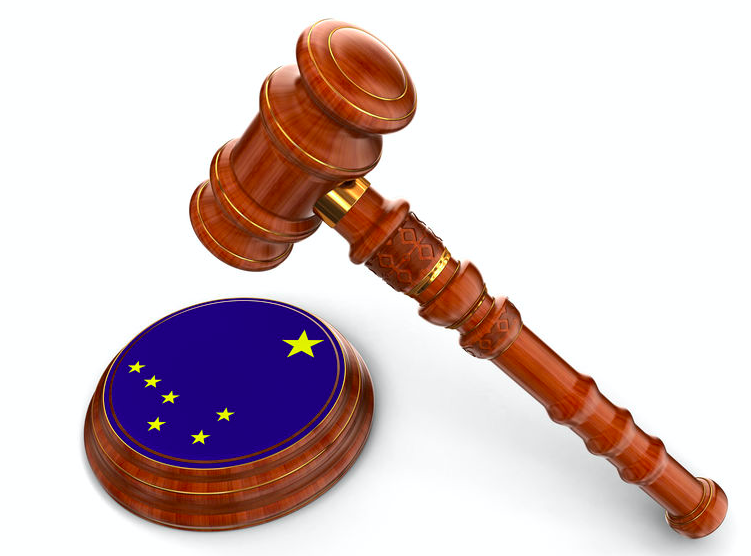 I have not been a fan of the Alaska Supreme Court.

In my non-legal opinion, they have seldom gotten things right for the conservative movement in Alaska.

With that said, the Forrer decision is evidence of case law where the Court has properly defended the Alaska Constitution.

The Sept. 4 Forrer decision told the Alaska Legislature and the governor the Alaska Tax Credit Certificate Bond enabling legislation was unconstitutional. House Bill 331 had allowed the Department of Revenue to issue subject-to-appropriation bonds to pay outstanding cashable oil and gas tax credits that were issued during a tax credit program that ended in 2017

In other words, HB 331 allowed the state to go into debt without the approval of the Alaska voter.  This violated the principle of Article IX of the Alaska Constitution.  The Alaska Legislature once again failed the Alaskan people.

As Justice Craig Stowers stated, the Alaskan Constitutional “delegates desired fiscal responsibility and public accountability; these principles reverberate throughout article IX of the Alaska Constitution. The clearest expression of this collective intent is contained in section 8: ‘No state debt shall be contracted unless authorized by law for capital improvements or . . . housing loans for veterans, and ratified by a majority of the qualified voters of the State who vote on the question.’”

Alaska Supreme Court delivered a true win for the Alaska people and a transparent judgment of our Alaska Legislature’s flagrant violation of our Constitution.

But let’s consider the Legislature’s propensity for this behavior.

Why do we continually spend the time and money having to deal with such obvious stupidity when the Legislature and the governor employ an army of attorneys who should have the good sense to stand and protect our constitutions, the elected officials who have sworn an oath to support and defend these and the State of Alaska?

HB331 was an example of when both progressives and conservatives attempt to play the same game.  In other words, how can the Legislature cheat the Alaskan people?

The Democrats are much better at this cheating game than the Republicans, who are new to this game.

The Democrats have demonstrated this through their conscientious posturing and positioning for control and domination of the Alaska Legislature together with their allies, the government unions, the education industry and the health care industry, over the past couple of decades in spite of an obvious Republican majority in both houses during these times.

The conservative side of the Republican party is even newer to the game and, unfortunately, have demonstrated in many cases that they are rank amateurs willing to be used in this game.

We, the public, have watched from afar the continued usurpation of the Legislature’s Uniform Rules of procedure, Alaska Statutes and the Alaska Constitution. These are abandoned to serve the self-interest of the Alaska Legislature’s leadership and its allies.

In other words, in the case of HB 331 as well as the Permanent Fund dividend, education, health care, and a list of others, a majority of the 60 men and women who are the elected representative body of the people and who have sworn an oath to support and defend the United States Constitution and Alaska Constitution have abandoned that oath and betrayed our Constitutions and the people they serve.

Our state’s legislative Uniform Rules and laws all are born through the painful delivery of debate and consensus out of our state Constitution. Their intent is clearly to provide law and order to the greatest state in the nation.

We, the public, over a longer time than most can remember, have watched the Alaska Legislature literally ignore this legal foundation and those edifices which have been built upon it in favor of a game so dangerous many of today’s legislators actually believe that their actions are right and just.

The malignant narcissism of professional politicians corrupts the past, present, and future of Alaska. The absence of constitutional conscience and selfish need for power and control are more obvious to the public than ever before in our history.

When legislators violate the Constitution, they break their oath of office and must be held accountable.  In many cases, through this recent primary, the voters held legislators accountable.

The Legislature’s position today is that they can violate whatever they want as long as the courts let them get away with it.  It is a planned event and we have witnessed this in plain sight.

The flip-side is part of the same arrangement. They allow the courts to “veto” even constitutional action the legislature takes, and Legislature agrees to obey the courts on those cases.

The irony is we have perhaps the strongest governor and Legislature constitutionally of any state in the nation.  We also have the least strong judiciary with the Legislature and governor in the ultimate driver’s seat on the judiciary’s budget.

Yet, the Alaska Supreme Court ends up running the state.

Legislators are just deck chairs on the ship christened Alaska reminding many of us of the Titanic.

They get to play captain when the courts choose to let them submit and decry it is out of their control look what the judiciary just did.  They get to violate that which they swore to uphold. They dishonor the Uniform Rules , statutes, and the Constitution at times, with the blessings of the court.

If we don’t draw the line at following the law, we are guaranteed to lose in the long term.

For the evidence of this, look at the PFD, Alaska education and Alaska health care.

It’s just like going to Las Vegas, except the city lights and excitement are way beyond our view and hidden from sight in Juneau. The House has the edge and will always win in the end when we continue to play the game of dishonoring our constitutional foundation.

We may hope to win the first dice roll.  We may get lucky and the House ignores it, but if we keep playing, the House wins always.

The Democrats know this. They play to win always.

The progressive Republicans have learned this.  They also play the “play to win game.”

Sadly, some conservatives are going along with this because they have been seduced and told it is the right thing to do.

When someone refuses to play the game according to the arrangement in which Democrats are always guaranteed to win, they become an existential threat to the game continuing under the current arrangement.

The Quarantine 15? Alaskans are fat, but not the fattest