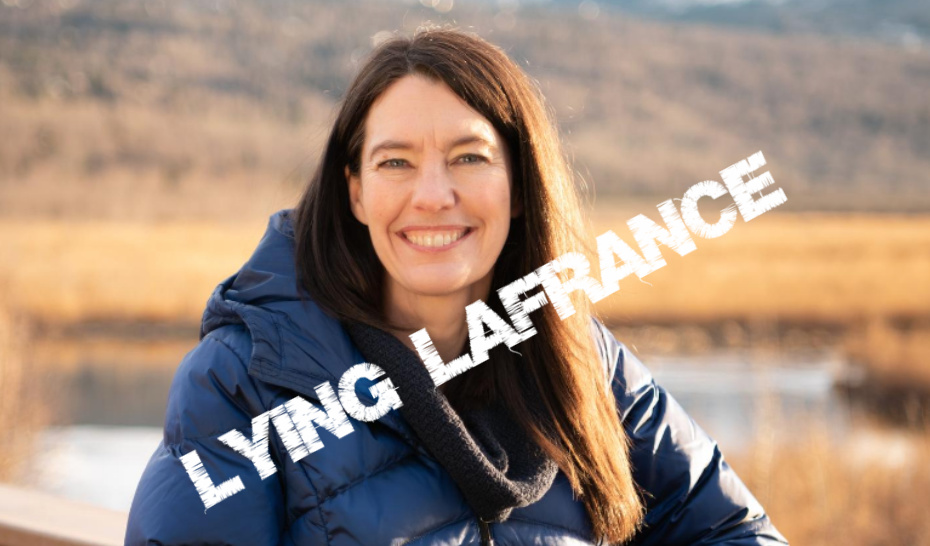 Alaska District 28 is a voting district that spans from Anchorage midtown to Girdwood.  It is remarkably similar in size to Anchorage Assembly District 6, with not as much midtown.

Historically, it has looked at smaller government and fiscal accountability as the preferred approach to government.

In the August 2020 primary, there were three candidates.  On the Republican ballot, we saw incumbent Jennifer Johnston against newcomer, James Kaufman.  On the Democratic ballot, we saw Adam S Lees.

James Kaufman prevailed over Jennifer Johnston and moved on to the general election ballot.

On the Democratic side, after the primary election, something mysterious happened.

Anchorage assembly aide Lees, who assisted Assembly Member Suzanne LaFrance with community outreach, engagement, presence, and policy research, disappeared from the general election ballot. He vanished , without so much as the sound of a light wind,

Has anyone noticed the change up in District 28 after the primary?

The current commentary on his withdrawal from the general election is non-existent.

Does anyone find that strange?

District 28 had Lees, a Democrat.  He was the only Democrat in the primary.  His name is not on the General Election ballot for District 28 as a Democrat.

Now a Democrat who calls herself “not a Democrat” has replaced him on the District 28 general election ballot.

Batters can be substituted at any time while the ball is dead (not in active play).  The team manager may use any player who has not yet entered the game as a substitute.  The replaced player in baseball is not allowed back into that game. The pinch hitter assumes the spot in the batting order of the player whom he replaces.

While the ball was not in play Anchorage Assembly member LaFrance became the pinch hitter for the Alaska Democratic Party in District 28.

With her recent political history on the Anchorage Assembly, will LaFrance’s record provide the needed home run Alaska Democrats need in District 28?

LaFrance, in her own words, decided to run for her state house campaign as a nonpartisan, instead of a Democrat, yet her political values have aligned with the Democratic Party long before her entry into the Anchorage Assembly in 2017.

In 2014, she signed the petition to repeal SB 21, the oil tax reform legislation, she supported marijuana legalization, and supported increased minimum wage.

On her website, she states, “In 2017, I ran for Assembly, and since elected, I’ve fought for the best interests of this diverse district. I’ve focus on improving public safety in our neighborhoods and along Turnagain Arm, ensuring our district schools are the best they can possibly be, removing obstacles for business owners, and respecting our property tax cap.”

But the proof is in her actions.

Suzanne LaFrance insists she is a nonpartisan.  This claim has been through her Assembly seat campaign and occupancy and is also the foundation of her District 28 campaign.

The term, “non-partisan”, is defined as “free from any party affiliation”.

Can the voters of District 28 honestly conclude this definition fits the political ideology and affiliation which Mrs. Lafrance is asserting?

In reviewing her Alaska Public Offices Commission report, on November 6, 2019, Mrs. Lafrance paid the Alaska Democratic Party for $1,000 for “Voterbuilder Access”.  VoteBuilder is one of the software systems used by the Democratic Party and associated campaigns to track interaction with potential voters.

Will the voters of District 28 consider these as nonpartisan?

During the 2020 District 6, Seat K, race in South Anchorage for the Anchorage Assembly featuring challenger Rick Castillo and first-term incumbent LaFrance, the Anchorage Daily Planet reported that as of March 6, 2020, LaFrance amassed a campaign war chest of over $55,500, almost $15,000 was from public employee unions. Union donations, in fact, amounted to nearly 27 percent of her contributions.

Will the voters of District 28 consider this as non-partisan?

On September 10, 2020, LaFrance filed her candidate registration form for her current campaign for House District 28.

In front of a sparse crowd and after rejecting a broad-based sales tax that actually would have helped property taxpayers, the Anchorage Assembly put on the April 7 ballot a 5 percent retail alcohol tax – the same tax voters rejected just nine months before.

LaFrance, together, with her “nonpartisan” allies voted to put this on the ballot.

The recent actions which LaFrance as an Anchorage Assembly member participated with the Mayor of Anchorage’s lock down of the Anchorage produced the decimation of many small businesses and the implosion of our schools.

She led the charge and sponsored an amendment to have protestors wear masks and social distance or be thrown out of chambers and thrown off municipal land if violated outside.

She has failed to protect the rights of the citizens of her Anchorage District 6 by voting to keep the public out of public testimony during the Mayor’s attempt to use CARES Act funds for questionable purposes.

Will the voters of District 28 consider this a nonpartisan?

The term, “nonpartisan”, is defined as “free from any party affiliation”.

LaFrance’s assertion that she is nonpartisan is not honest and a poor start for winning the trust of the voters of District 28.

Her party affiliation uncertainty and her tendencies support big government and not protecting the rights and wallets of working Alaskans, especially the hard-hit voters of District 28.

It may be a difficult choice for LaFrance when the time comes to choosing between loyalty to District 28 constituents and those constituents who paid for her entry into the state house.

Alaska State Senator Mike Shower recently stated, “It’s recently become the norm for left wing candidates in Alaska … to infiltrate politics because Alaskans have (often rightly) been skeptical of our two major political parties. Al Gross flat-out admitted it when speaking to those major democrat donors. I don’t care if you’re a left winger but step up and admit it – run as who you are – democrat. Stop the lying and deception. If you’re going to lie about who you are and what you truly represent from the start – why should anyone trust you’ll not do the same once elected? Perhaps that’s the first question people should be asking.”

For the voters of District 28, the choice is clear.  Vote James Kaufman.