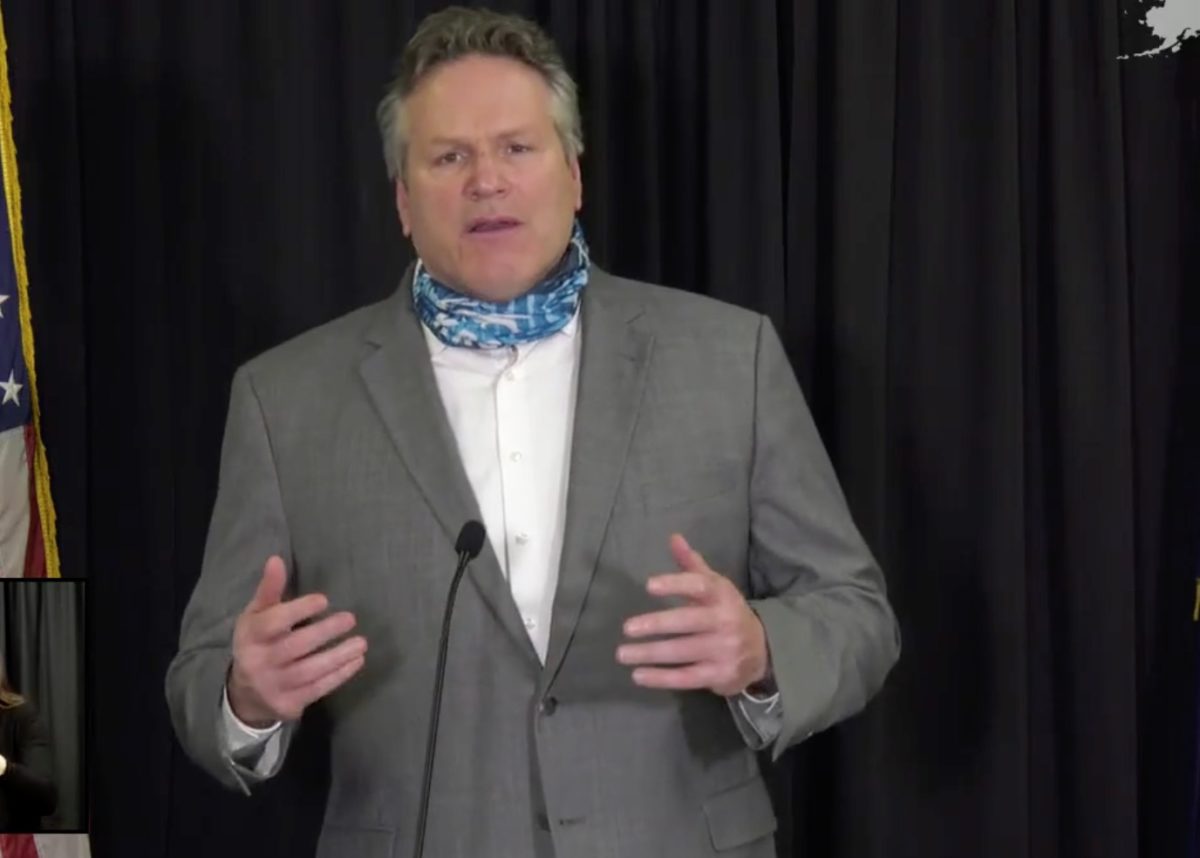 Alaska Gov. Mike Dunleavy tested positive for Covid-19, in test results released on Wednesday. He is currently at home with mild symptoms.

On Sunday morning, the governor was called and said he had been identified as having been in close contact to someone who tested positive for Covid-19. He was feeling well and tested negative for Covid on Sunday morning but immediately quarantined to reduce his possible exposure to others. He had been feeling well until Tuesday night. Wednesday morning, he tested again, and this time tested positive for SARS-CoV-2 infection.

The governor is known to have attended the Alaska Outdoor Council banquet on Saturday night. It is not thought that he got the virus at the banquet, however.

Because the governor has been in quarantine during his infectious period, there are no known close contacts at this time. Chief Medical Officer Dr. Anne Zink and the Governor’s attending physician are monitoring him.

Dunleavy joins about 55,736 Alaskans who are known to have tested positive for the virus during the past year. Many others have probably had the virus but were asymptomatic and did not get diagnosed.