For the second time in two weeks, Sen. Cathy Giessel has used her official letterhead at the Alaska Legislature, where she serves as Senate President, to campaign against candidates who support a full Permanent Fund dividend.

“The Governor will be putting out his budget ideas by December 15.  I am hearing a few people running for the House and Senate in our District saying that they will vote for $2.1 billion in PFDs, plus about $4 billion more for “back Dividends” (a couple of those people have signed a pledge to do that).,” Giessel wrote this week.

On Sept. 17, she also talked against candidates: “Even if you vote for ‘full PFD’ candidates, they won’t be able to pay for it any way except to ROB the Permanent Fund itself,” she wrote.

Although Giessel was defeated by Roger Holland in the Republican Primary for Senate Seat N, she will continue to serve until the next senator for the district is sworn in, which occurs in January. Holland must still win on Nov. 3; he will face Carolyn Clift on the General Election ballot. Holland has supported a full Permanent Fund dividend as established by Alaska Statute.

Until then, Giessel is bound by legislative ethics rules that forbid her from using her office or resources for the purposes of campaigning for or against candidates.

The Legislative Ethics Handbook is at this link. 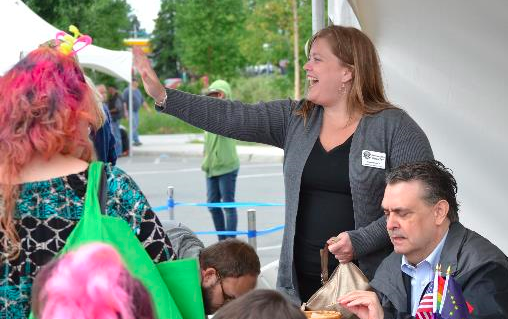