For eco-extremists, today’s Alaska is what they have been advocating for 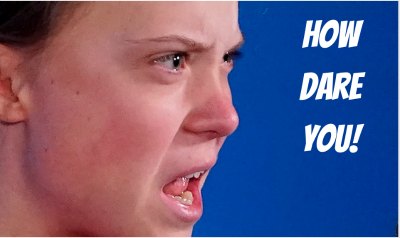 IT’S EARTH DAY, DO YOU KNOW WHERE YOUR JOB IS?

According to the latest statistics, 40,000 unemployment cases were opened in a three-week period with the State of Alaska.  The number is sure to grow, perhaps approaching 50,000 within a week or two.

In the last few days, Alaska North Slope oil prices have sunk to below zero per barrel, a staggering drop from $26 last week.

Last week, ConocoPhillips announced it would be pulling back $200 million that it planned to invest in Alaska.  This news came on top of the crushing announcement the previous week that it was demobilizing its entire rig fleet on the North Slope.

Hundreds of Alaska’s direct-producing energy families, along with unknown numbers of support contractors have had their jobs impacted in the past few months.  But they’re not the only ones affected by the economic crash in Alaska.

Last Wednesday, Holland America and Princess canceled their summer’s Gulf of Alaska cruise schedule in its entirety.  For communities such as Seward, Whittier, and Talkeetna, this removes a large portion of their revenue base, and puts small business and entrepreneurial ventures at risk of permanent closure and/or bankruptcy.

A total of 3,500 jobs will not be hired for the summer, and $375 million in tourism-related spending will not enter the Alaskan economy.

But all of these goings-on – the curtailed demand for fossil fuels, the seemingly cleaner air across major cities in America, the decreased industrial machine that makes America great, and the inability to proceed with responsible development opportunities because of the near-shutdown of daily and business life – are exactly what eco-extremists have been calling for.

Just look at some quotes from their ilk, with regard to Alaska’s energy future – one they see benefitting from “leave-it-in-the-ground” actions:

“The stakes have never been higher…Scientists have already warned that all of the Arctic’s untapped oil must remain in the ground if we are going to avoid an extremely dangerous climate scenario.” – Erik Grafe, Earthjustice attorney

“Combined with the volatility of oil prices, it is increasingly clear to many across the social and political spectrum: Alaska must aggressively pursue economically and environmentally sustainable options.” – Erica Watson, Northern Alaska Environmental Center and Mary Sweeters, Greenpeace

“Regardless of where you fall in the debate over opening the (ANWR) refuge, oil-and-gas reliance is not the path to making America energy-dominant…As demonstrated by China, Germany, France, the path to energy dominance lies with the clean-energy economy.” – Kate Troll, Juneau, former Executive Director of Alaska Conservation Voters

These radicals are trumpeting the “positive” impacts of what is currently happening across America: a nearly-shut-down society.  The San Francisco Chronicle calls it  “an environmental boon that decades of green activism could not achieve.”  The Wall Street Journal reports that the environmental movement plans to leverage the COVID-19 pandemic to affect change, with the hopes of increasing “green” technologies and decreasing fossil fuel use when the pandemic is over.

For decades, the eco-Left has called for Alaskan resource development opportunities to be denied, because Alaska is one of the last great wildernesses on Earth.  You see it in the barrage of attacks by California Congressman Jared Huffman or his former employer, NRDC, on the Pebble Mine.

You hear cries of “ANWR’s Coastal Plain is a sacred place, except for when we approve of non-Natives going there and then writing a puff-piece story supporting us” and the associated hypocrisy from the Gwich’in Steering Committee.

You see extremists from all of Alaska’s “just transition” groups testifying against any development opportunities, and even against Hilcorp’s purchase of BP’s assets in Alaska.

Those groups, ideologues and their (mostly) Lower-48-based funding sources are getting their way right now, at the expense of shattered lives across our state.  Alaska is even more scarcely explored than normal. Businesses have shut down. Outside visitors are minimal. The animals are protected, though, right? The fish won’t have as many hooks to dart around, and that’s good, right?  Economic progress is stymied, but wildlife can go to their ‘safe spaces’ without human interference.

We hope the extremists are happy with the results.

Power The Future – and the vast majority of Alaskans who reject the “we need to place wildlife above human life” mantra of the extremists – certainly aren’t.

Yet the extremists rejoice.  That is shameful.

Rick Whitbeck is the Alaska State Director for Power The Future, a national non-profit advocating for energy workers, while fighting back against environmental extremism and the ideologues who fund radicalized efforts to thwart American energy dominance.

Save lives, but save the economy at same time

No free dump days in Anchorage, due to COVID-19