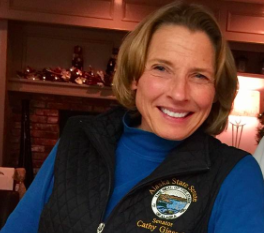 A signed affidavit from a media professional in Juneau says that Sen. Cathy Giessel, during a live interview in 2016, said that our military men overseas are raping women.

The document says that Giessel was a guest on a Coastal Alaska Television show when out of the blue, she made disparaging statements about the military.

It would not have been the first time. She also disparaged Rep. Laddie Shaw during the interviews she conducted for Senate Seat M, after the untimely death of Sen. Chris Birch.

The affidavit document was discussed on the Mike Porcaro Show on KENI radio during drive time this afternoon.

In the affidavit, Dorene Lorenz says that her show was meant to focus on positive topics, projects, and ideas. She says Giessel suddenly brought up “an astonishing declarative statement that it was her belief that all UN Peacekeeping forces — including Alaskan troops did was rape third-world women.”

Giessel’s challenger in the Republican Primary election is Roger Holland, a Coast Guard reservist and veteran. He was deployed to the Persian Gulf as a tactical coxswain operating 25-ft machine gun boats in 2002 and 2003-2004. In 2007, he served as Chief of the Boats in Guantanamo Bay, Cuba. For his distinguished service, he was awarded the Joint Service Achievement Medal, the Global War on Terror Service Medal, the Global War on Terror Expeditionary Medal, and the Special Operations Service Ribbon.