SUPREME COURT DECISION NOTWITHSTANDING, IT’S FULL-STEAM AHEAD FOR BOTH SIDES

About 200 people came through the fundraiser for Gov. Mike Dunleavy in Anchorage on Friday evening, Jan. 10. More than $60,000 was raised; the suggested donation was $250 to the Stand Tall With Mike account.

The event in the Megan Room at Davis Constructors took place just hours after a court decision that allowed the Recall Dunleavy Committee to proceed with signature gathering on the next petition it must file to get the matter onto a statewide ballot.

The fact that the fundraiser was scheduled for the same day as the court hearing indicates the Stand Tall With Mike group had a good idea the judge’s ruling would not be favorable to the governor, and was proceeding with the raising money for what will be a battle to fend off a gloves-off, anything-goes attack on him this year, much like his opponents went after him during the 2018 election cycle.

The campaign to unseat Dunleavy has had a year’s head start. Documents filed in court show that the website name “RecallDunleavy.com” was purchased on Feb. 18, 2019 — just five days after the governor’s amended budget was sent to the Legislature. It’s clear that the governor’s attorneys were correct when they said this is a policy battle in search of grounds for recall:

A year’s head start on fundraising and publicity has given the Recall Dunleavy group a cash advantage — it has raised far more than $60,000. The exact amount is unknown, but it raised $40,000 at a Sitka fundraiser alone. The group has paid staff and the names, addresses and email addresses of 50,000 Alaskans who signed the initial application for the recall petition. Major funders of the recall campaign include Ed and Cathy Rasmuson, parents of Sen. Natasha Von Imhof, and principals of the Rasmuson Foundation.

Recall Dunleavy Committee needs those 50,000 people to sign the next petition, and will need to get another 30,000 signatures from around the state, just to make sure it has enough to meet the 71,252 threshold. The committee is hoping to do this and force a special election, when the more motivated voters — largely Democrats and angry liberals — would be likely to make time to go to the polls. The group seeks to avoid the November General Election ballot, when Trump voters are likely to come out.

The Stand Tall With Mike group has been slow in forming because it was unclear for months whether the attempt to recall the governor had a sound legal basis.

Judge Eric Aarseth’s ruling on Friday made it clear that anything goes in politics. His ruling is not likely to be overturned by the Alaska Supreme Court. Therefore, those supporting the governor will now need to raise millions of dollars to defend against what will become a vicious attack on his official conduct and his character.

The $60,000 raised to defend the governor is a drop in the bucket. Stand Tall With Mike will likely require over $1 million to essentially run another campaign in 2020, two years after he was elected by a wide margin.

Everything that Dunleavy does between now and that to-be-calendared special election will be scrutinized, and will be fodder for his opponents to use against him as further evidence of the need to recall him.

The Supreme Court hearing, whenever that occurs, is just a speed bump to what is going to be a savage political year in Alaska.

'We don't like it' becomes legal argument to recall 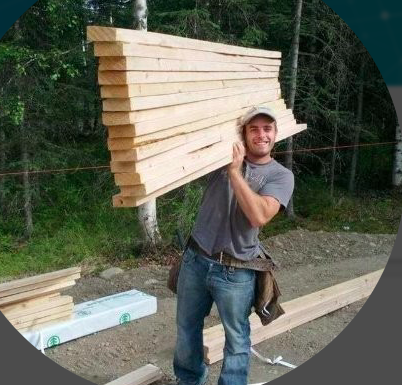