Police unions all over America, including here in Anchorage, are living out this fable, but with the Democratic Party.

The Alaska State Troopers’ union, from its formation in 1979, used the State’s management like the cabin boys on a Greek freighter.

By the late 1980s, we at the State of Alaska were tired of it, resolved to effectively confront them, and were pretty successful at it.

Anchorage, on the other hand, kowtowed to the police unions.

In my last years with the State, the Troopers would flop down the Anchorage cop contract and say, “We want what they have,” and we’d say, “Well, go to work for them.”

That’s changed a bit in the last decade or so since there is nobody left working for the State who knows what they’re doing.

I think it is accurate to say that the cop and firefighter unions own the MOA government. The brazen stupidity of Anchorage’s AO-37 gave Alaska’s unions power and influence they didn’t even have in their glory days during the pipeline construction days. Mayor Ethan Berkowitz is their boy; they own him.

But now, in mid-stream, the Berkowitz administration is threatening to sting the cop union. Berkowitz and his Assembly lackeys want to rein in the cops and limit their “use of force.” Berkowitz and his liberal allies want to turn us into Portland or Seattle, where the police are just bystanders to mob violence.

In urban America, the communists, excuse me, Democrats have repudiated their previous alliance with the cop unions. In my working days, I always assumed that if I could get the cops, the supervisors, and the guys who drove the orange trucks under contract I could handle the rest of them. I think the Democrats are going to get a lesson about that.

There is no way that cops are going to support Joe Biden and that is going to trickle down into down-ticket offices. The Democrats have made their bed with the Antifa and BLM crowd, and the cop unions aren’t in that club.

Bill Evans is the prominent conservative/Republican opposition to the Leftist/unionist contenders for mayor. Evans is widely thought to be the architect of AO-37. Now the unions/lefties have a tough choice. They hate Evans, but they now have to confront the fact that the lefties will throw them under the bus.

Cop unions all over America have to confront this conundrum; they’ve been kicked to the curb by every Democrat governor and mayor in the country.  I wrote the section in my book (see below) about cop and correctional officer unions about 15 years ago, and I said all a Republican had to do was promise them that they wouldn’t put a criminal justice professor or a lesbian social worker in charge of them; I don’t think that has changed.

The Democrats have managed to turn every cop in America into a Trump supporter. Their unions will stay in the Democrat fold at least publicly, but they’re gone too.

My rule in dealing with lefties in my working days was, “Let them be themselves.”  I think it was a good “frog and the scorpion” rule.

Sen. Giessel's pick for redistricting board is Johne Binkley 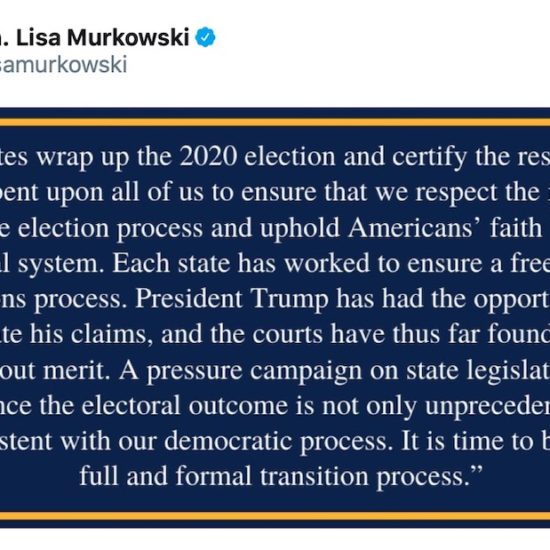 Murkowski calls on Trump to begin transition to Biden 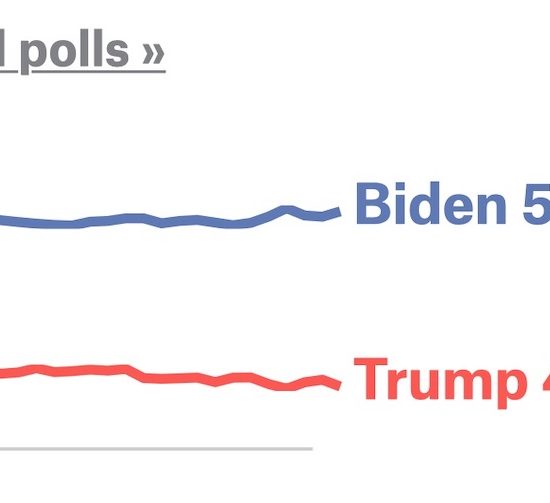 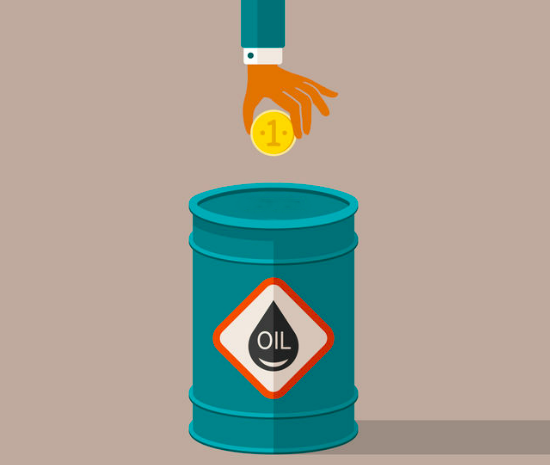 Biden win? Pollsters’ odds mirror just what they said during same week in 2016