Capitol notebook: It could be ugly; then again …

(Dear Reader: You read that date right. This column is from Jan. 13, 2002, when Juneau Empire reporter Bill McAllister was pondering the legislative session just ahead. McAllister was a colleague of Must Read Alaska Editor Suzanne Downing, and he passed away Dec. 15, 2017. But his writing had grace and marvelous cadence then, and is pertinent today. We offer this one in his memory.- SD)

“The Legislature is about to descend on you,” former Gov. Jay Hammond warned a Juneau audience Friday.

So let’s brace ourselves for what could be, starting Monday, four months of the most acrimonious public discourse in memory.

Rep. Scott Ogan, a hard-right conservative Republican, says Knowles did an “unconscionable” – and impeachable – thing in dropping the Katie John subsistence case. Ogan said he’s not sure he’ll show up in the House chamber Wednesday night for the governor’s final State of the State address.

Dave Donley, Republican co-chairman of the Senate Finance Committee, is blasting the administration for not proposing budget cuts in the face of billion-dollar deficits. “The true legacy of the Knowles administration is the complete failure of its fiscal policy,” Donley said.

Conversely, Knowles’ chief of staff, David Ramseur, has counseled commissioners to develop an agenda that will put the Republican majority “in a box” as the administration makes its bid for the history books.

And while Republican leaders are moving toward a more open, constructive relationship with the Capitol press corps – agreeing to weekly on-the-record briefings for the first time – an emerging strategy among certain Democratic legislators, staff and activists seems to be quick condemnation of reporters who don’t do exactly what they want.

Throw in the redistricting battle, 57 legislative campaigns, the race for governor, the dispute over who appoints the next U.S. senator if Frank Murkowski is elected governor, and you have an unbeatable recipe for ugly.

Knowles raises the possibility that incredibly demanding times – with the fiscal gap threatening to throw the state into chaos in two years – could move leaders beyond partisanship. He has a vested interest in having a successful session, of course, but presumably so do Republicans.

The governor’s professed optimism in a subsistence solution this year is hard to understand, but maybe it takes a seemingly quixotic attitude to achieve the biggest breakthroughs.

In the House, Porter has not ruled out a Committee of the Whole approach in working on long-range fiscal issues with Democrats, doing business out in the open.

And with Porter and Senate President Rick Halford pledging to address the “urban-rural divide” this session, isn’t it premature to abandon hope? Maybe it’s the season of miracles.

Porter has dropped strong hints that this session is his last. “Getting into a Legislature isn’t supposed to be a life sentence,” he said recently.

“Brian Porter is a wonderful person,” said Democratic Rep. Mary Kapsner of Bethel. “I think the speaker is a bridge-builder, to the extent he can be.”

“Brian has been the most balanced, professional leader,” said Rep. Bill Hudson, a Juneau Republican.

It’s not clear who would replace Porter as speaker, should Republicans hold the majority after the election. Under the redistricting plan currently before the courts, House Majority Leader Jeannette James would face fellow North Pole Republican incumbent John Coghill.

I had the honor Friday morning of playing chauffeur to Hammond as he made the rounds of talk shows and speaking engagements. Although he’s using a cane now, he remains feisty and a bit of a quote machine. A sample:

“There are three stages in life: youth, adulthood and ‘Gee, you look great.’ “

“I hear as well as I used to, but everybody started mumbling.”

“(It should be) emblazoned on the brow or buttocks of every legislator, depending on where their brain is located: … ‘Thou shalt not spend any more than thou art willing to tax for.’ “

Countdown: Anchorage will vote by mail

Jim Crawford: Legislature is hiding money and then asking for more

Alexander Dolitsky: Smuggled typewriters and the parallels between Soviet socialist regime and America in 2021 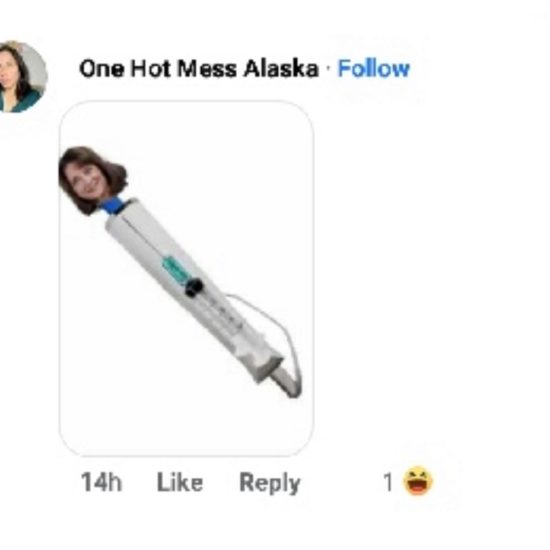