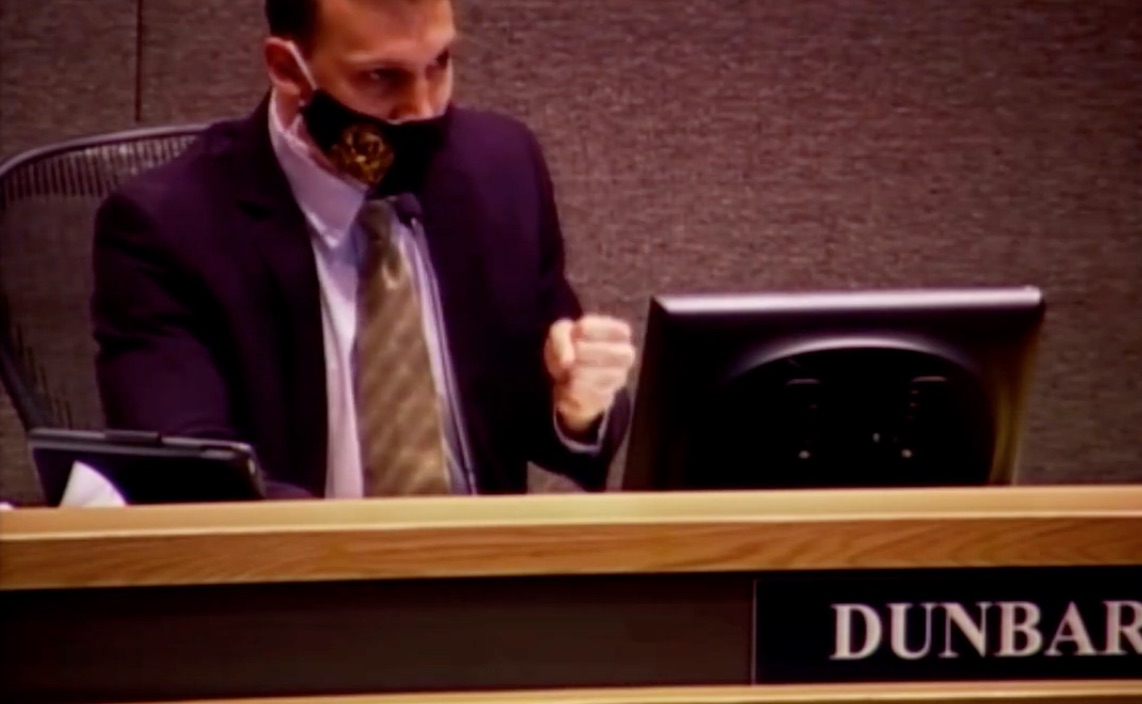 Candidate for Anchorage Mayor Forrest Dunbar has been pondering the U.S. Constitution lately and how this moment of civil unrest in the country, coupled with funds from the CARES Act and the new alcohol tax, can lead to a restructuring of the economy to make things more equitable.

“The fact is, that at that time, if you weren’t a white, landholding man, you were systematically excluded from those conversations. And we are still dealing with that legacy today,” he said during his closing comments at the regular Assembly meeting on Tuesday.

Dunbar then referred to a book by Akhil Amar: “The Constitution Biography,” that discusses constitutional law. Amar, a Yale Law School graduate, was named by Democrat Presidential Candidate Mike Gravel as someone he would appoint to the U.S. Supreme Court.

“What becomes inescapable when you read it is how shot through every portion of our constitutional law is with race when it comes to the three-fifths compromise, the way the Senate was apportioned in Congress, the Electoral College,” he said.

“All of it. All of it was tied to race,” Dunbar said, referring to the founding documents.

Dunbar said the country is now in a unique moment when the nation, state, and city can work on eliminating systemic racism by using tax funds that are newly available.

“We have this unique pot of money from the CARES Act, and we have another pot of money coming from the alcohol tax, and we have the ability to spend it in such a way where we can promote equity, and where we can materially improve the lives of the people of this city, and we can hopefully set up our economy to function long into the future,” Dunbar said.