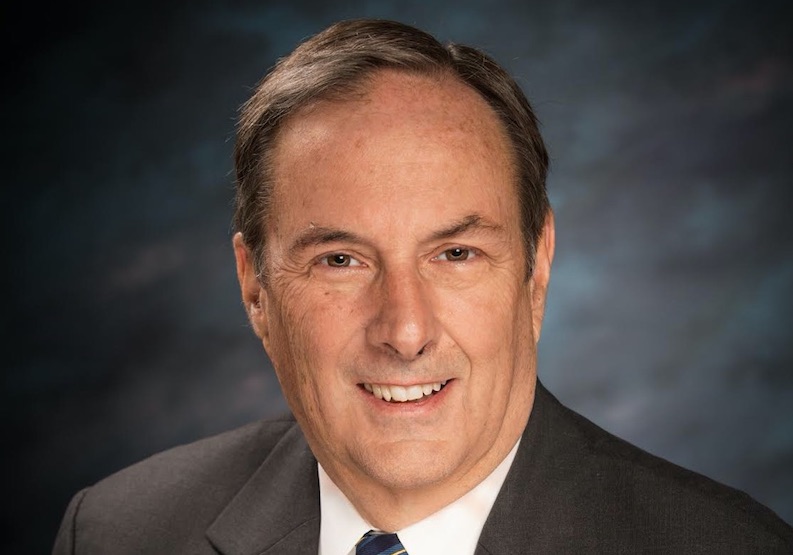 In 1993 West Anchorage elected a moderate Democrat to the Anchorage Assembly.  He was a card-carrying union guy, working in the construction industry, who came here from California, where he had made a fortune in the Bay Area.

Nope, I’m not talking about Mayor Ethan Berkowitz.  He may be from San Francisco, but never served on the Assembly.

This guy was Joe Murdy.  Joe served on the Assembly between 1993 and 1999. I worked with Joe during his tenure on the Assembly. What a great person. Joe had a passion for public safety in our community, a passion he put into action by working close with the Anchorage Police Department to ensure they had the laws, budgets, and tools to effectively do their job.

During his time on the Assembly, Anchorage had a serious gang problem, which included illegal drugs, prostitution, and violent acts between gang members, which sometimes injured innocent bystanders.

Joe formed the Assembly Public Safety Committee. His vision was to provide positive interaction between the Assembly and APD to ensure we had adequate law enforcement throughout our community.  Joe often showed up at shift change to interact with officers. He routinely rode with officers.  He had a great relationship with police department leadership, but also could be critical of decisions he thought were not in the best interest of good law enforcement in Anchorage.

The committee worked with the Mayor’s office in developing the annual police budget.  It never delved into determining policy and procedures of APD, nor did it micromanage any aspect of the organization.

Joe died over a decade ago and in his honor the Anchorage Police Department Employee Association hired a new K-9, naming him “Joe Murdy.”

Contrast that with today.  Joe must be spinning in his grave as the current Assembly has morphed his committee into a Public Safety Advisory Committee, a “Committee-of-the-Whole,” usurping executive branch responsibilities and interjecting themselves into the management of the police.

The Assembly cabal just doesn’t get it.  Creating an antagonistic relationship with police at a time when law enforcement is under siege across America by anarchists intended on destroying our democratic government makes no sense, unless that is also your intended goal.

For them, the first step is to isolate and neuter law enforcement. Once cops are “under control,” anarchists have free reign to terrorize the population to a much greater degree than is already being seen in the Lower 48, and to force submission to their autocratic control.

So one has to ask why Assembly member Meg Zaletel is so hell bent on controlling our police?  I’ll answer that in a moment.

First, there’s an old trick in politics. It works like this: Two steps forward, one step back, pause, repeat. Objective reached.

Cabal member Zaletel introduces Ordinance 2020-80 to place restrictions and limitations on police officers’ use of force.  This is in sync with the national Leftist movement to politically restrict police activities. Two steps forward.

She experiences backlash and public outcry.  She postpones indefinitely.  Ah, you say, issue is over.

With these characters, the issue is never over until they win. She then introduced Resolution 2020-339 setting forth a process for the Assembly to review police policies and procedures. One step back.

Anchorage Daily Pravda highlights the “watered down version” to make you believe this is a compromise. The audacity of these elitists.

A sleight of hand lawyer trick, this resolution actually increases the Assembly’s ability to micromanage the Anchorage Police Department.  To make matters worse, and make sure Mayor Berkowitz can justify the establishment of his pet project — the Office of Equity and Justice — they added the option for policing policy changes to also be reviewed by the Chief Equity Officer.

This week, without public testimony, the cabal passed the amended resolution.  Because that’s what autocratic elitists do.  Public opinion be damned.

Ah, you say, Mayor Berkowitz can always veto the resolution.  Sure he can, and make it look like he defends police against the cabal lunatics.  Yet, the Assembly cabal would override the veto. So why veto? That might show a crack in cabal unity.  Either way, mission accomplished.

The people of Anchorage support our police. We have one of the finest law enforcement agencies in the nation that now will be undermined by Leftists politicians’ attempts to unreasonably constrain and defund them to solidify control.

Cabal Zaletel’s actions are designed to deliberately insert the Anchorage Assembly into the management of the police department, thereby being able to politically control law enforcement to meet the Leftists’ agenda.  Assembly members will deny this and claim the resolution just provides more transparency.

They are lying to you.  This is our Assembly’s effort to “send a message” to politically liberal organizations that they, too, will interject themselves into law enforcement management.

“Local spokespeople need to be able to connect with audiences in their hometowns and cities; center shared values; clearly explain what it means to defund the police in the place where they live; and inspire people to imagine what alternatives to violent policing looks like.” This is the stated value and vision of The Movement for Black Lives.

On Tuesday, the Assembly completed the first step:  Two steps forward, one step back, pause, repeat. Don’t believe for a second they will stop here.

There’s a direct cause-and-effect with these actions. As politicians undercut law enforcement, citizens purchase more firearms and ammunition. Have you checked the shelves at gun stores recently? They are being emptied.  You can hardly find any .223 or 9mm ammo in Anchorage.

This is not necessarily good if you are an uber-liberal who subscribes to rabid gun control and eliminating the Second Amendment.  But maybe there is a bright side to the cabal’s anti-police actions.

Gross's dark vision: COVID-19 devastation could have silver lining of 'Medicare for all'

Masked for your safety. Really?