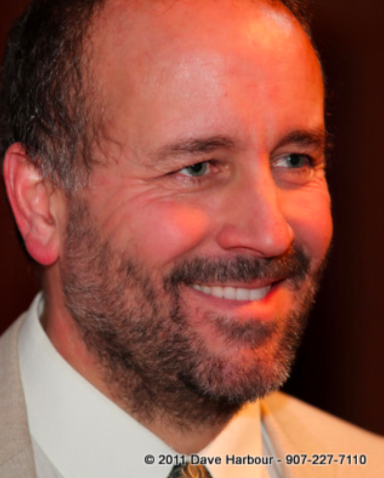 KEITH MEYER OUT, DUBLER BACK AS INTERIM

Joe Dubler has replaced Keith Meyer as president of the Alaska Gasline Development Corporation, effective immediately. The board of directors this morning unanimously chose Dubler as interim president, and he joined the board at the table at the first meeting of the year.

Dubler was a member of the original AGDC leadership team as the corporation’s vice president under the late Dan Fauske, who was president until being forced out by Gov. Bill Walker in 2015. Dubler worked for six years at AGDC.

Fauske had been chosen to lead the fledgling agency by the Alaska Legislature, and he had built trust with leaders because of his open and transparent communication style.

Doug Smith, who was appointed to the board earlier this week by Gov. Michael Dunleavy, took over the board chairmanship this morning from from Dave Cruz, who has been board chairman throughout most of Gov. Bill Walker’s tenure since Walker fired board chair John Burns in 2015.

Dubler left the gasline corporation halfway shortly after Fauske left, which was after Burns was fired.

Dubler most recently worked as finance vice president at Cook Inlet Housing Authority and was chief financial officer at Alaska Housing Finance Corporation under Fauske. He and Fauske were key to the establishment of the Alaska Gasline Development Corporation.

Meyer was not present, but frequently has not attended the board meetings.

Meyer has a contract that runs until June, 2019, but he can be terminated with six months pay, unless he is released “for cause,” which is tightly defined.

The board in December, with Cruz as chair, and Hugh Short as the previous vice chairman, agreed to pay Meyer a $300,000 bonus, which covered two years of performance. Meyer’s base salary is $550,000 so he may receive close to half of that as severance pay.

'You can't fire me!' Workers who resigned now sue governor