PETITION SEEKS MAKING IT A PERMANENT PART OF CALHOUN AVE

Workers dabbed black paint over the white “Black Lives Matter” graffiti that was scrawled on Calhoun Avenue asphalt last week in front of the Governor’s House in Juneau, an historic site, (as seen in the above photo by Michael Penn that was posted by a Juneau activist at Change.org.)

In an action echoing graffiti-marked streets across the nation’s biggest cities, this particular graffiti was not pretty, and there was no attempt made to make it aesthetic. It was an artless message of revolutionary origins. But it was not there long, either.

The remediation work by the city prompted a swift response from one person associated with the graffiti, who started a petition online to have the slogan permanently painted in front of the iconic white mansion, which is a tourist attraction and serves as the official residence of the sitting governor.

Change.org is the website where thousands have started petitions, from Black Lives Matter to demanding the tearing down of statues. Over 19 million people have signed the “Justice for George Floyd” petition at Change.org.

Another Juneau-initiated petition on the site is calling for the removal of the statue of William Seward from in front of the Capitol building in Juneau.

“Across the world there have been beautiful “Black Lives Matter” murals painted on streets to stand in solidarity for Black lives. In Juneau, Alaska, we had one painted on the road outside of the governor’s mansion until city employees removed it. At first, I was infuriated because of the blatant symbolism at the core of what they were doing. Then I felt inspired because I know we live in a community filled with people who do believe in equality, the arts, and change,” she wrote on her petition, which has over 500 signatures so far.

Smallwood is associated with the Sealaska Heritage Institute and is a Native artist. She wants 16 local artists chosen, and each would design one letter of Black Lives Matter and create a collective work of art. Each artist would paint their letter onto the street to “show that Juneau stands for Black lives, dreams, and futures.”

One signer of the petition added that the letter should be designed only by “people of color.”

Smallwood reminded readers that for a while Juneau gay-rights activists painted one of the crosswalks with rainbow colors, which kept being painted over by the city for safety reasons until the city finally conceded and allowed one crosswalk to be painted in a rainbow, in coordination with the Juneau Arts and Humanities Council.

Black Lives Matter is a movement but also a political organization that funnels money to the Democratic National Committee through the fundraising portal ActBlue.com. Some people think it is also a terrorism group because of the violence surrounding its activities.

[Read: Al Qaeda is positioning itself as champion of Black Lives Matter.]

Take the Facebook poll at Must Read Alaska: Is Black Lives Matter a terrorist organization? 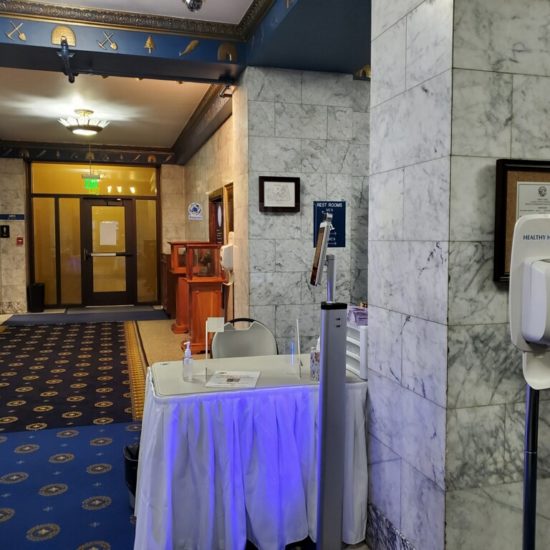 House Republicans staying together at 20, with three days to go until Session 32