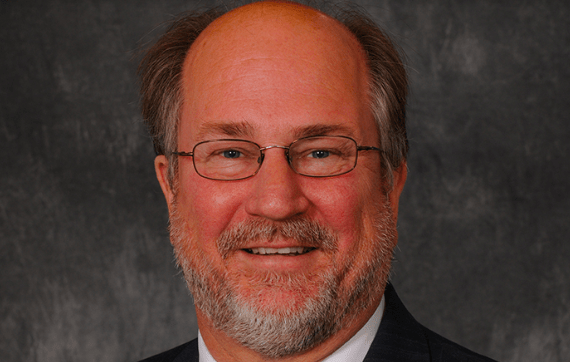 Attorney General Kevin Clarkson blasted a state auditor today for what he says is a misinterpretation of state law by someone who has no legal role in interpreting the law.

In a stinging letter to Kristin Curtis, the director of the Division of Legislative Audit, Clarkson disputed claims in an April 22 letter Curtis sent to the Alaska Permanent Fund Corporation’s Board of Trustees regarding a fiscal year 2019 finding.

“You must seriously reconsider your course of action. The Department of Law recognizes the important role of the Legislative Auditor. But it is also absolutely clear under Alaska law that the Attorney General is the legal advisor for state agencies,” Clarkson wrote.

“In fact, any contract by an executive branch department or the APFC for outside legal counsel, as you have suggested for APFC, must be approved and supervised by the Attorney General. The agencies to which you gave qualiﬁed financial statement opinions relied on a legal determination made by successive Attorneys General—Attomey General Lindemuth and myself. Your ofﬁce was previously provided the Department of Law’s analysis as to how it reached its legal conclusion.

“There is no sound basis for you to issue qualiﬁed ﬁnancial statement opinions for the state based solely on your personal legal interpretations. It is irresponsible for you, given the current ﬁscal conditions facing the state, to issue qualiﬁed audit opinions that are premised solely on questionable legal conclusions you solicited for the sole purpose of questioning the advice of two successive Attorneys General.

“It is paramount that the statutorily assigned role of the Attorney General be respected. Attorney General opinions should not be second-guessed by an auditor who lacks any legal training. It is an abuse of your position for you to misuse the legislative audit process, potentially creating ﬁscal difﬁculties for the state, in order to advance your personal opinions and objectives.The Legislative Auditor performs a valuable service when carrying out the auditor’s statutory responsibility, but it is the Attorney General who advises state agencies on the requirements of the law.
The Legislative Auditor works with the executive branch under AS 37.05.2l0 to complete the comprehensive annual ﬁnancial report (“CAFR”). The Legislative Auditor’s role is to audit the State’s ﬁnancial transactions “in accordance with generally accepted audit standards.” As stated in the CAFR, “The goal of the independent audit is to provide reasonable assurance that the ﬁnancial statements of the State [in a particular ﬁscal year] is free of material misstatement.” To ensure there are no material misstatements, the auditor needs to understand the laws that apply to the financial transactions under audit and ensure there are no errors or fraud. Under Alaska’s legal framework, the role of providing that understanding of the law is assigned to the Attorney General. Nothing in state statutes or the scope of the audit grants the auditor authority to interpret the law—and in particular the Alaska Constitution—independently and contrary to the advice of the Attorney General.

“The Department of Law determined that the Alaska Constitution requires an appropriation for any deposit into the permanent fund of royalties beyond 25 percent.

“Former Attorney General Lindemuth and myself both have concluded that a statute such as AS 37.13.010(a)(2) cannot compel the deposit of royalties beyond the constitutional minimum of 25 percent into the permanent fund without an appropriation. On November 9, 2018, the Department of Law provided your office a written analysis explaining the Department’s legal conclusion. Early last year I conﬁrmed the opinion reached by General Lindemuth.

“Your April 22, 2020 letter to the APFC unreasonably continues to challenge the Department of Law’s conclusion. You assert that prior Attorneys General have reached a conclusion more in line with your own—in support of your assertion you cite a 1982 attorney general opinion. To put it succinctly, a lot has happened since 1982. In summary, as detailed in earlier communications with your ofﬁce, after 1982 the Alaska Supreme Court clariﬁed the matter and rejected your view. The Court has issued several decisions regarding the constitutionality of efforts to set aside state revenues through statutory provisions that attempt to dedicate revenues to a single purpose.”

“This case holds that a statute cannot dedicate a portion of permanent fund earnings to a particular purpose and be expended outside of the appropriations process. In Wielechowski the Court speciﬁcally held that despite the existence of a statute establishing a formula for the calculation and payment of permanent fund dividends, money cannot be transferred from the Earnings Reserve Account to pay dividends except via the legislative appropriation process. At this time, Alaska Supreme Court decisions foreclose your contrary opinion about Permanent Fund deposits above the constitutionally mandated 25 percent,” he wrote.

Any suggestion that the APFC Board of Trustees’ fiduciary responsibility includes collecting royalties is baseless, Clarkson wrote.

“The Department of Law has informed state agencies and your ofﬁce several times about the percentage of money constitutionally required to be deposited into the permanent fund. The Department has also advised the APFC and your ofﬁce that the APFC’s sole responsibility under AS 37. 13.040 is to manage and invest the assets of the permanent fund in accordance with AS 37.13.010-37. 13.190. The APFC does not collect royalties—nor does it have any responsibility to collect more royalties than are appropriated to the fund. Instead, the APFC’s only responsibility is to invest state revenues initially received by the Department of Natural Resources (DNR) and the Department of Revenue that are then transferred by appropriation to the APFC for investment and management.”

Clarkson went on to say that the legislative auditor should not issue further “qualified audit options on this legal issue in reference to any state agency, including the APF.”

“You may disagree with the conclusion reached by the Attorney General. You may believe that state revenues in the form of royalties beyond the constitutional minimum of 25 percent can be legally dedicated and deposited into the permanent fund without an appropriation under AS 37.l3.0l0(a)(2). But your opinion has no legal standing,” Clarkson wrote.
“Not only have you ignored and disagreed with the advice given by two successive Attorneys General, you apparently also decided that the other attorneys knowledgeable on these issues—Legislative Legal Services—would not provide you an answer you liked. Thus, you skipped their advice and contracted with outside legal counsel to obtain an opinion consistent with your personal views.”

Clarkson wrote, “your use of outside legal counsel in this circumstance emphasizes the pre- determined agenda you had in this matter. As discussed above, your personal view of what you believe the constitution or statutes mean—as a legally untrained auditor—is ultimately immaterial to your determinations as an auditor. And to seek out opinions that best ﬁt your personal view is, at the very least, unreasonable and inappropriate.
Any effort to pressure the executive branch to acquiesce to your opinion by continuing to issue qualiﬁed audit opinions—with potentially resulting harm to the state—is improper and raises serious separation of powers issues.”

“You have no basis to issue a qualiﬁed opinion to state agencies that follow reasonable legal interpretations made by two successive Attorneys General. Your continued refusal to accept that legal determination reﬂects your fundamental misunderstanding of your limited role under Alaska law. It is not the prerogative of the Legislative Auditor to make a legal determination. Your continued approach in these respects not only oversteps your authority; it also does a serious disservice to the State of Alaska as it is facing an unprecedented ﬁscal crisis.

“Your continued reliance on your own interpretation of the law is seriously damaging the State’s ability to navigate its way through the difﬁcult ﬁscal problems that it faces at this time. Consequently, I respectfully but firmly insist that you terminate this practice immediately,” Clarkson wrote.