Are we investing in solutions, or just spending more? 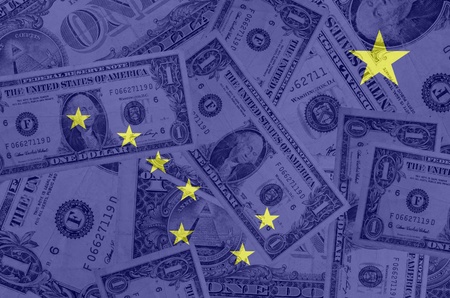 As deliberations on Alaska’s budget approach the Legislature’s constitutionally mandated deadline — the session’s 121st day — the struggle to maintain full funding for existing programs is ramping up.

In many cases, this struggle comes in the form of emotional pleas to not cut Medicaid, education or fill-in the blank because to do so means we are failing to fulfill government’s “obligation” to be all things to all people.

We are told these expenditures are an “investment” in our future and that, absent such investments, our quality of life and even life itself, is at risk.

Couched in these terms, it is difficult to argue against these claims. After all, we believe, and our state constitution requires, that our students must be educated. And health care is critical to everyone. 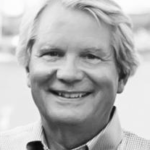 In the real world (outside the confines of political la-la land), an investment is an expenditure of funds that promotes a profitable return or an appreciation in value, or both. As wise stewards of our state’s resources, using this definition, if we judged every government program against the amount of money “invested” in it, how many programs would actually qualify as a prudent “investment?”

Most people understand the basic concept of investing and the importance of making good investments.

Admittedly, measuring outcomes of government programs can be difficult — especially in monetary terms. But, are we even trying?

Many of these programs and services produce statistics each year about how many Alaskans are served and how many interactions have transpired. But does this really tell us anything about their effectiveness or whether they are delivering measurable beneficial results?

How many programs and services actually have real performance measurements and, if they do, is anyone paying attention to them?

Let’s take education. Is our “investment” in education helping to grow the knowledge and skills of Alaska students and make them self-sufficient contributing members of our society?

In some schools, the answer is yes.

Yet, Alaska ranks consistently at the bottom in national and state testing. Recently released Alaska statewide math testing (Performance Evaluation for Alaska’s Schools) show 47.5 percent of students performing at grade level in fourth grade but only 29.7 percent are proficient in eighth grade and 22.5 percent in ninth grade.

Over time, educational reform has focused less on academics and more on social and cultural issues that teachers are not equipped to address.

If our sex education classes are any indication, these “non-academic” requirements aren’t very effective either. For almost 20 years, Alaska has ranked among the highest nationally in sexually transmitted diseases statistics. A recent state of Alaska Department of Health and Social Services bulletin indicates STD numbers are continuing to increase — especially in the 15-24-year-old group.

By these objective measurements, the dollars “invested” in education have not been well-spent.

Education advocates insist more money is needed. The latest costly proposal is a statewide pre-K program to prepare our kids for kindergarten.

Why would we expand an ineffective system that has failed to deliver?

We have great teachers who genuinely care for kids and work hard in our schools. But more and more of their time is spent on unnecessary paperwork. The current system doesn’t reward them or allow them to excel. Students are often promoted to the next grade regardless of proficiency level.

The solution to every problem isn’t always spending more money on another program. It’s imperative to establish metrics and priorities and hold the system, parents and students accountable. We need to recognize success, not failure.

Alaskans should expect government dollars to be treated like their personal investments — and, likewise, expect an increase in value.

So you want to live off the grid. How about Mount Rich?