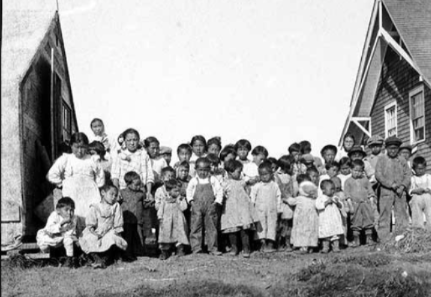 By the close of 1918, the “Spanish Flu” pandemic had run its course across most of the globe, with more than 50 million deaths reported since it had started in late 1917. If you’re reading this, someone in your lineage probably died from the Spanish Flu.

It first hit Juneau, Alaska by the fall of 1918. Eventually one out of every 20 people living in the territory died from the flu, the sinking of the Princess Sophia, and World War I, which equated to over half of all deaths reported in the two-year timeframe. Victims often froze to death because they were too weak to chop firewood.

Many of these deaths were among Alaska Natives. Nome and surrounding villages were particularly hard hit.

“When passengers from the S.S. Victoria, the last ship of the season from Seattle, docked in Nome, all hell broke loose on the Seward Peninsula,” wrote Laurel Downing Bill, in a story published in the Senior Voice.

According to historian Alfred Crosby “the Spanish flu did to Nome and the Seward Peninsula what the Black Death did to 14-century Europe.” The author of “The Forgotten Pandemic” estimated that 8 percent of the Alaska Native population died from the flu.

The second wave hit remote Bristol Bay in the spring of 1919, with spring breakup. It is somewhat of an untold part of Alaska territorial history.

At the time, Bristol Bay was even more remote, its villages populated by about 1,000 Alaska Natives who had little immunity to Western disease. The only medical staff around came and went with the annual cannery operations that started each spring.

Alaska was still a far-flung possession of the United States, only having become organized as a territory seven years prior. The U.S. government involvement in the state was still in its infancy, although timber, mining, trapping, and fishing interests were active along the coastline. Congress was reluctant, if not resentful, to spend much money on a place considered wild and remote. The canneries served the coastline, bringing in supplies, workers, and medical staff.

Most non-Native fishermen in Bristol Bay were immigrants, with many coming from the Mediterranean countries of Italy, Croatia, Greece, and even Algeria. Scandinavians came from Norway, Sweden, and Finland, and other European countries of Germany, Russia, and Denmark. and Norway. They fished from a fleet of diminutive sailing boats.

Natives were living subsistence lives and would have in the spring of 2019 been preparing to travel to fish camps for the harvesting season, which stretched from late May to September. They had been isolated for the previous eight or nine months of winter, with little contact with westerners, such as federal representatives or even missionaries.

While the influenza had been raging in ports like San Francisco and Seattle, the weather in the Gulf of Alaska prevented travel and trade until the spring of 1919. Then, the devastation unfolded.

Some 82 percent of influenza deaths were in Alaska Natives. Ultimately, the flu killed more people per capita in Alaska than anywhere else, except Samoa.

Because of the isolation and a lack of public health, it’s impossible to know how many deaths occurred, and the age of victims are also considered to be estimates, since most Alaska Natives didn’t have birth records. Accounts are pieced together from government publications, missionary accounts, and information provided by traders and newspapers. The count is likely underreported.

Dillingham, then known as Kanakanak, Ugashik, Nushagak, and Naknek were hit hard, while the village of Egegik reported no cases.

The Coast Guard sailed into the bay in mid-June that year, only to find hundreds of sick and dying Natives and about 100 orphans. A large number of the adults died in Kanakanak, and dogs were feasting on the bodies of the dead.

The Coast Guard sent a crew ashore to kill the dogs, and the Coast Guard report avoided elaborating further, saying “conditions were too harrowing to narrate in this report in detail…”

[Read: Influenza in Bristol Bay, 1919: “The Saddest Repudiation of a Benevolent Intention”]

Know your enemy, and your Alaska statute